Last weekend AMD's production manager Devon Nekechuk,  while speaking at the company's 30 Years of Graphics event, disclosed that all AMD GPUs based on the GCN (Graphics Core Next) architecture will support DirectX 12.

DirectX 12 is Microsoft's next generation multimedia API. AMD said that they were already up-to-date on the DirectX 12 feature-level support. AMD only mentioned this lightly during the stream, probably because they are continuing to develop the ecosystem for its own competing Mantle API. 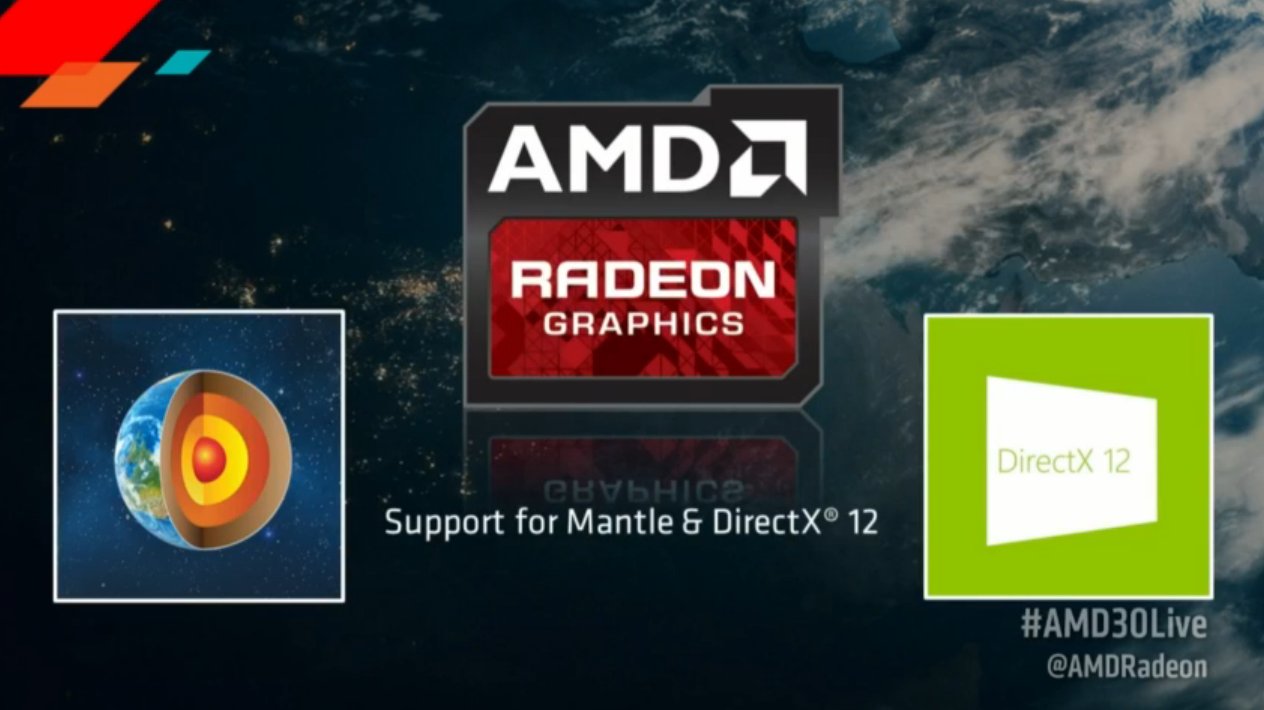 The fact that all AMD Mantle compliant hardware is also compliant with DirectX 12 cements the fact that AMD see their future in the GCN architecture.

Join the discussion on AMD's compatibility with DirectX 12 on the OC3D Forums.

MadShadow
Is mantle going to die now? Why would developers develop for mantle if they can just do DX12 and hit two birds with one stone?Quote

And there is a good likelihood that a Mantle will come to Linux, which direct X will not.Quote

MadShadow
Quote:
That's a good point, but when/if the day comes that DX12/13 offers benefits like mantle and works with all platforms, it wont be a great situation for mantle. Its cool that AMD support both mantle and DX12, but I don't really see it as the best business move ever.Quote

Luke0222
So i am new to PC building and i a decent budget and i was thinking of getting corsair 300r with some LED lights and and z97 asus maximus 7 hero with a 4790k and corsair power supply with a samsung ssd and barracuda 1tb hardrive with 8 gb of hyper x ram and for the graphics card i was thinking saphire r9 290, one for now and curretn games and then i could pick up another one later on for crossfire when more demanding games come out in the future like star citizen. What do you guys think or suggest?Quote

WYP
Quote:
AMD NEED to support DirectX 12, they would simply lose the ability to play too many games if they didn't.Quote
Reply