Acer has officially revealed their new XZ1 series of curved FreeSync monitors, starting off with their 27-inch  XZ271Ubmijpphzx (XZ271U) and the 31.5-inch XZ321QUbmijpphzx (XZ321QU) models.

Both monitors offer a 16:9 aspect ratio and a maximum refresh rate of 144Hz, with each display offering HDR10 compatibility with 85% coverage of the NTSC colour space. Sadly, the maximum brightness that is provided by each of these panels is 250 nits and 300 nits respectively for the XZ271U and the XZ321QU respectively, a value so low that it fails to satisfy AMD's FreeSync 2 standard or VESA DisplayHDR 400, making the HDR experience on these displays sub-par outside of colour gamut support.

Both the XZ271U and XZ321QU are available in Japan for ¥48,000 ($427) and ¥55,000 ($490) respectively, making these monitors reasonably affordable. Both Displays support HDMI 2.0, as well as DisplayPort 1.2, offering two total HDMI 2.0 ports and two DisplayPort connections (1x DisplayPort and 1x miniDisplayPort). Availability in the US and Europe is expected within the next few months.

Each of these monitors ship with a VESA compatible 100x100 mounts and a stand that supports Tilt, Swivel and Height adjustment options. Both monitors also feature dual 7W speakers, as well as a 4-way USB 3.0 (Type-A) hub. 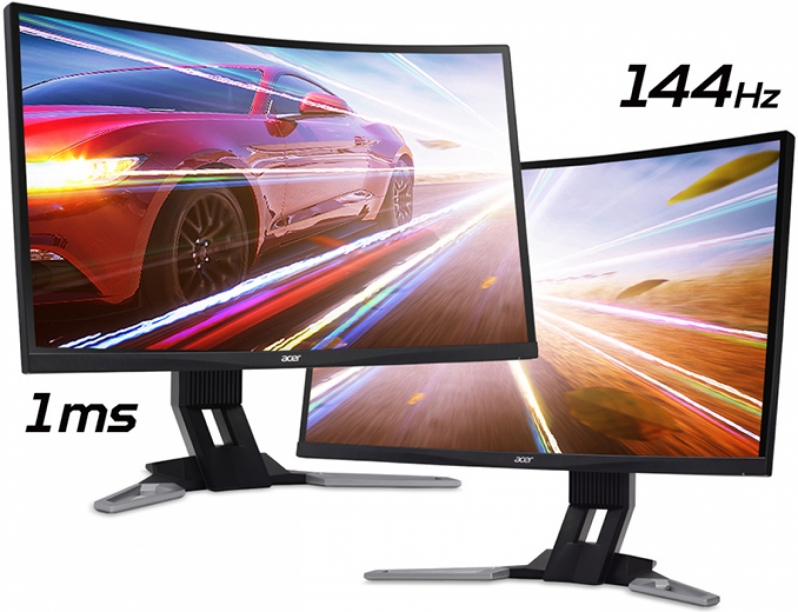 It is unfortunate that both of these displays are marketed with HDR support, given their inability to support either DisplayHDR 400 or FreeSync 2, neither of which are considered high-end HDR standards to begin with. Please don't buy either of these monitors for their "HDR 10 compatible" marketing.

You can join the discussion on Acer's XZ1 series of Curved FreeSync monitors on the OC3D Forums.