Ready for OLED displays for PC?

Right now OLED screens are rare in the world of PC monitors, thanks in part to the technologies association with "burn-in" and image retention issues. This has lead many monitor makers to ignore OLED screens in the PC space, as under PC-grade workloads images are expected to stay on the screen up to hours at a time (Windows Start Menu Icon anyone?).

In 2019, the monitor world is set to start using OLED monitors in a big way, taking advantage of the technology's unparalleled black levels and contrast levels. Not only that, but Blurbusters has reported that a 120Hz OLED monitor is also in the works, which is great news for PC gamers.

Japan-OLED (JOLED) has started producing PC monitors that utilise OLED technology, with ASUS' upcoming 21.6-inch ProART PQ22UC OLED monitor being one of the first monitors to use this technology. The ProART PQ22UC will release in 2019 with a 4K resolution, support for HDR10 and 99% coverage of the DCI-P3 colour space.

JOLED also has a 21.6-inch 1080p OLED display that is designed for eSports gaming, which was developed with the Burning Core, a popular League of Legends team. On top of that, JOLED has a 27-inch 4K OLED monitor in the works as well as a huge 55-inch 4K OLED panel to demonstrate the capabilities of their printed OLED technology. 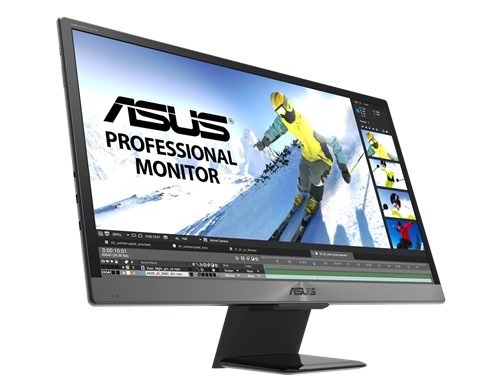 OLED displays currently offer the highest quality images that are available today, with unparalleled black levels and contrast levels that competing Quantum Dot LED displays cannot match. With OLED moving into the monitor/esports gaming markets, it appears as if monitor manufacturers are confident in the technology's resistance to burn-in and to their ability to offer low levels of input latency, both of which are musts for PC-grade displays.

You can join the discussion on JOLED's planned monitor-grade OLED displays on the OC3D Forums.

Dicehunter
Unless they magically fixed the burn in issues that come with OLED I'll be staying away from these.Quote

NeverBackDown
OLED doesn't burn in often anymore. I've never even seen one that does burn in in person. From large TVs to phonesQuote

). The taskbar problem is already solved with the auto hide option.Quote

NeverBackDown
No it's just the advancement in technology of OLED itself. My current and last phone both had OLED screens. There are many static bars and icons on phones. Not one burn in issue. Same with TVs where they are most likely to get Burns in due to the higher current flow in a TV. They've been very good. Older models are more likely but they are fine nowadays. They really only happen if you make it burn in on purposeQuote

tgrech
I think some people forget that CRT's had issues with burn in too, Windows is packed with "Anti-static" technologies, the original/traditional one being animated screensavers, though I can see why many have forgot about them(And their original purpose) after a decade or so of LCD dominance. Animated wallpapers, taskbar autohide, ect, fit the same bill(And have also been a part of Windows for a couple of decades).

But yeah the issue with OLED burn-in was exasperated by blue OLED's much faster wear down compared to green/red, though this has been dealt with in many ways from firmware to pixel layout to just improvements in silicon optronics.

You could definitely still "force" a burn-in on an OLED screen but at this point it'd likely take some concerted effort and time, or a severe lack of care and much more time.Quote
Reply