What we know about AMD's Ryzen "Microsoft Surface Edition" processor

Here's what we know so far

What we know about AMD's Ryzen "Microsoft Surface Edition" processor

These are some lofty claims from both Microsoft and AMD, leaving us to wonder what's so special about AMD's semi-custom Ryzen "Microsoft Surface Edition" processors. Yes, the AMD Ryzen CPU that powers the Surface Laptop 3 is a custom design, one which won't be included in any non-Surface products.

One other thing to note is that the Surface Laptop 3 supports AMD FreeSync, which can be used to "optimise your frame rates, reduce screen tearing and enable extended battery life".

Deep inside one of AMD's blogposts regarding Microsoft's Surface Laptop 3, a "revolutionary on-die pen controller" is mentioned. Right now it is unclear whether or not this controller sits on AMD's Ryzen "Microsoft Surface Edition" processor or not. AMD also mentions that the Surface Laptop 3 contains a "re-engineered approach" to performance shifting, enabling faster shifts from idle to boost clocks. This change enables faster response times and burst speeds of up to 4GHz on AMD's Zen+ CPU cores.

In terms of performance, AMD data showcases large GPU performance leads over their competition within the notebook market, listing 15-19% gains over their Ryzen 7 3700U in 3DMARK 11 and 3DMARK Time Spy. More comparison data is available in the table below. More information about these results is available on AMD's website. All CPUs in this test are tested ship with a 15W TDP. 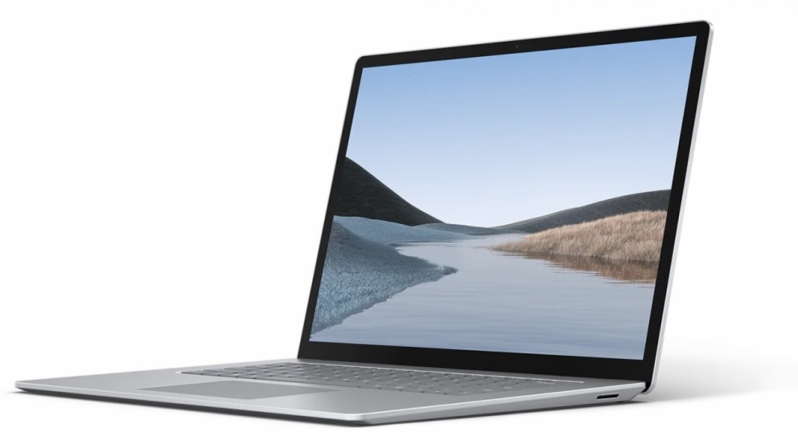 With the Surface Laptop 3, AMD is offering users a unique Ryzen chip design that's exclusive to Microsoft products. This is more than just a rebadged Picasso APU, showcasing the versatility of AMD's semi-custom design teams. This may have been a fundamental part of AMD's design win with the Surface Laptop 3, as Intel doesn't offer this level of product customisation.

You can join the discussion on AMD's Ryzen "Microsoft Surface Edition" processors on the OC3D Forums.

Giggyolly
I imagine these are the best possible binned Zen+ dies they could make.
And to be honest, I'm surprised they managed to get an AMD exclusive line on Zen, I was expecting this to happen with Zen 2 on the next gen surface products.

I wonder if CPU supply (Intel Shortages) had anything to do with it?Quote

WYP
Quote:
I think MS is just expanding their horizons a little. They announced products with Qualcomm, AMD and Intel there.

I think MS knows that they cannot rely on the old WIntel alliance anymore. Though I am surprised that MS didn't wait for AMD to make 7nm Ryzen mobile parts.

One other factor is that Intel may not want to make all of their products Ice Lake. They are not very widely available ATM and Intel needs to supply multiple manufacturers. I'm also sure cost is a factor, as AMD has a lot to gain from this design win. They have undoubtedly learned a lot from this experience.Quote

Giggyolly
Quote:
Agreed. I bet AMD can pump these chips out for next to nothing.

What I'm most impressed by is MS giving them an exclusive product line, and not just creating a cheaper SKU of the same model using AMD products, like most other vendors have been doing prior to this. As this wins them a premium experience for an AMD product.Quote

tgrech
I guess it'd make the path for a 2020 refresh much more enticing.Quote
Reply