For years now people have been trying to make a x86 Intel based Raspberry Pi, a device which is not much bigger than a credit card but is capable of almost anything that you could want it for, within reason of course.

Thanks to Kickstarter we finally have a device which meets these requirements, a x86 based board for makes which has Gb Ethernet, USB 2.0, USB 3.0, an HDMI output and contains a Intel Quad core x5 Z8300 CPU.

For the mere price of $89 you can currently back this project on Kickstarter and get one of the first production samples of this board, with higher tiers offering extra items from power supplies to WiFi and even touch screens for the device.

Right now this device has raised over half of it's Kickstarter goal of $50,000, though right now this is still very early days for the project. Right now the team behind the UP board had working samples and aims for Volume production by the end of February 2016. 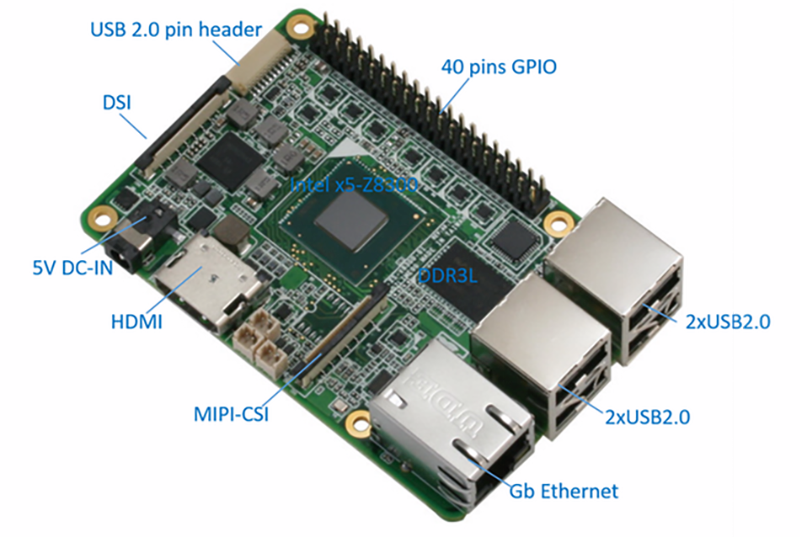 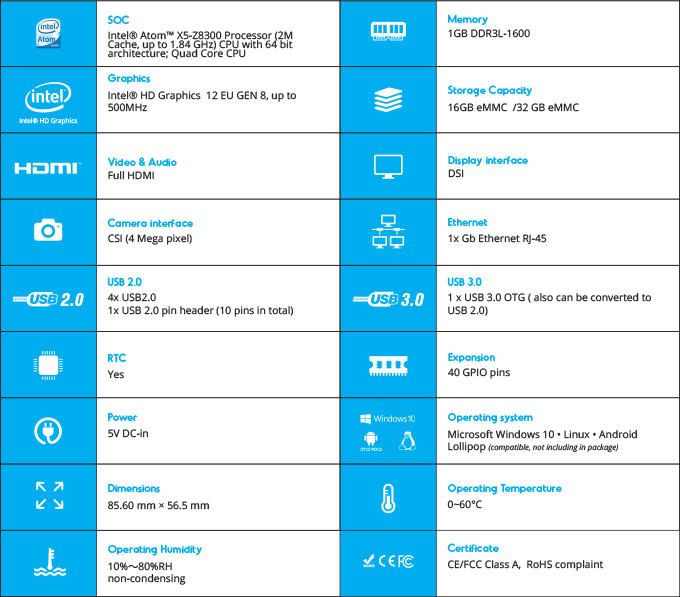 This device offers quite a lot of power for it's form factor and price, as well as offering a feature set which most Raspberry Pi hobbyists would be used too. One of the most key features of this device is it's 40-pin GPIO pin connector, it's DSI and it's CSI connectors which makes this device compatible with the Raspberry Pi Camera and many other Raspberry Pi hardware and accessories. This will make this device fairly easy to use for current Pi users, so it will be interesting to see if this device gains any sort of traction in the market.

You can join the discussion on the Intel x5 Z8300 based UP developer board on the OC3D Forums.

Meet the UP - an Intel x5 Z8300 board in a Raspberry Pi2 form factor. Intel x86 Quad core! https://t.co/PW9Ri1fhKA pic.twitter.com/HgHs4uKgei