Intel's got big plans with TSMC, and they have the money to change TSMC's production schedule

According to a report from Digitimes, TSMC has struck a deal with Intel where the former will be producing 3nm chips for the latter, securing manufacturing capacity for Intel on one of TSMC's most highly anticipated lithography nodes.

Intel's deal with TSMC has forced TSMC to redraw its production roadmap, changing what would have been a R&D center in the Baoshan area of Hsinchu (Northern Taiwan), into a dedicated manufacturing facility for Intel's orders. This move secures for Intel the manufacturing capacity that they need, and separates Intel's orders from Apple's, keeping information regarding products from each manufacturer secure from the other.

3nm is TSMC's next major node shift, with the company's current-generation 5nm nodes (and their 4nm enhancements) being the backbone of many new and future products. AMD's due to transition to 5nm this year with their Zen 4 series processors, and Apple's due to move to 3nm as soon as it becomes available.

Intel's 3nm orders from TSMC prove that the former's foundries are not yet ready to compete with TSMC within the high-end PC market. If Intel believed that they could produce a better 3nm node than TSMC at the volumes they required, they would. Intel's move with TSMC is a strategic one, as their use of 3nm is intended to bring the company back to a leadership position within the PC market. Intel wants to beat Apple and AMD, and to do that they need to start using leading-edge lithography technologies.

TSMC and Intel appear to be entering into a long-term partnership, one that promises to be hugely beneficial for both companies. Intel's paying a lot of money to secure 3nm manufacturing capacity with TSMC, and that manufacturing cappacity should result in some exciting new products from the blue team. 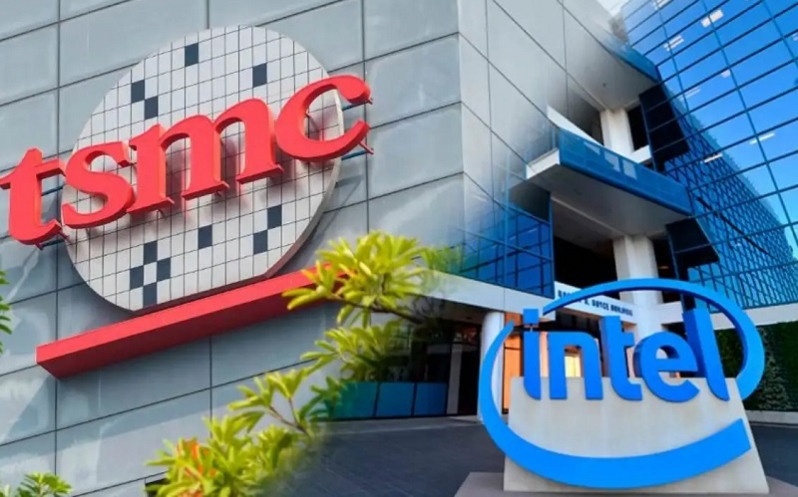 AMD has proven themselves to be a strong competitor for Intel in recent years, and part of AMD's success has come from their use of leading-edge lithography nodes from TSMC. Intel's partnership with TSMC will take this advantage away from AMD, and potentially make it into an advantage for Intel, as Intel should have earlier access to the node and access to more manufacturing capacity.

You can join the discussion on TSMC reportedly building a 3nm fab that's dedicated to Intel chip orders on the OC3D Forums.

AngryGoldfish
Are they building it now? How will a facility like that be ready for when 3nm is?Quote
Reply