5nm is set to be another successful node for TSMC

TSMC is the world's leading fabricator of cutting-edge silicon, this fact is undeniable, especially as Intel's 10nm problems persist and Samsung remains unable to generate similar levels of interest in its own 7nm offerings.

Now, TSMC is set to move to its 5nm lithography process, and reports are claiming that it's yields are already better than today's 7nm node, having already passed 50%. That said, yields depend on many factors, including die size and silicon complexity. While this news is encouraging for TSMC and its customers, it is by no means a guarantee that customers will be able to expect better yields on 5nm than they currently achieve on 7nm.

Plenty of websites have reported that China Times has confirmed that AMD will be a customer for TSMC's 5nm manufacturing process, and in our eyes, this claim is false. Our translation of the article says that AMD is "expected" to grab some of TSMC's first wave of 5nm capacity and that AMD's Zen 4 architecture is "almost certain" to use TSMC's 5nm processor.

This is a major problem with using foreign media as a source, as it is too easy to mistranslate or to lose the meaning of a sentence in translation. Regardless, our reading of the article on China Times offers nothing more than speculation regarding AMD, only citing that the reports that they've seen include Apple's A14 and HiSilicon's next-generation Kirin processors.

TSMC's 5nm node is expected to help increase the power efficiency of future processors and to increase the silicon density of future devices by as much as 80%. When comparing an ARM Cortex A72 CPU core on 7nm and 5nm, TSMC stated that they could increase logic density by 1.8x and boost is operation speeds by 15% or reduce its power consumption by 30%. 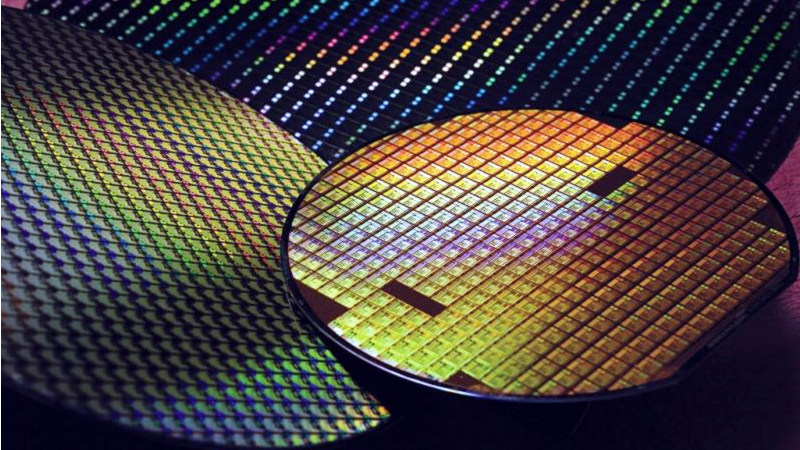 TSMC has already increased its quarterly spending to help prepare for the company's high demands for both 7nm and 5nm silicon. With AMD's recent growth and the increased popularity of Apple's latest iPhones, TSMC's 7nm capacity is reportedly at its limits, which is great news for TSMC if it can steadily increase its productivity.

5nm will be an important node for future mobile devices and desktop-grade processors, allowing chipmakers to pack its technology into smaller and smaller form factors. This factor will be critical as 5G continues to grow in popularity, and as microprocessors continue to increase in complexity.

You can join the discussion on TSMC's 5nm process node seeing high initial yields on the OC3D Forums.

g0ggles1994
I'd expect AMD to use 5nm for Zen 4 as it would tally with when they could move on from AM4 onto AM5, DDR5, and whatnot. Logically speakingQuote

I also expect AMD to move to 5nm in 2021, as AMD needs to remain on the best process possible to continue to make gains over Intel. If 5nm is ready, AMD will use 5nm.

I just don't like the sites that are talking about the speculations of a Chinese site like it is confirmation. So many rumours are spoken about in this way and I'm kinda sick of it. I always do my best to cite rumours as such.Quote

demonking
Quote:
You do a good job of it too and keep us up to date on all the latest that are going around that have any kind of credibility or have a lot of attention.
Keep it up, this site is always my first choice on tech news and is very reliableQuote

Dawelio
Quote:
Quote:
But would there be a somewhat "big" difference going 5nm from 3rd gen Ryzen's 7nm?...Quote

Yea, it especially bugs me when people use machine translation like Google then pass it off as fact even though everyone knows those translation systems aren't 100% accurate.
Quote:
I don't think it'll be a big difference but they need to keep on the cutting edge to challenge Intel. I think they'll jump just to make it a completely new platform for AM5.Quote
Reply