Threadripper will reportedly include a bundled Asetek retention kit

Asetek made AIO coolers will be compatible with Threadripper!

Threadripper will reportedly include a bundled Asetek retention kit

According to a new report from Gamers Nexus, AMD's new Ryzen Threadripper series CPUs will release with an Asetek retention kit, which will allow X399 users to utilise a wide range of AIO cooling solutions.
Asetek is a manufacturer of all-in-one closed-loop-liquid coolers (CLCs), manufacturing cooler designs for NZXT, EVGA and around half of Corsair's Liquid cooling lineup. This stock cooling bracket for Threadripper will allow purchasers to easily utilise Asetek made liquid cooling solutions.
Given the sheer size of Threadripper's IHS, many will argue that normal AIO liquid coolers will not have a large enough copper base to sufficiently cover the surface of the IHS, which is true. However, it is likely that Asetek's cooler designs will have a large enough core to cover the two Threadripper/Ryzen dies that are contained underneath, though this will need to be confirmed at a later date with dedicated testing. 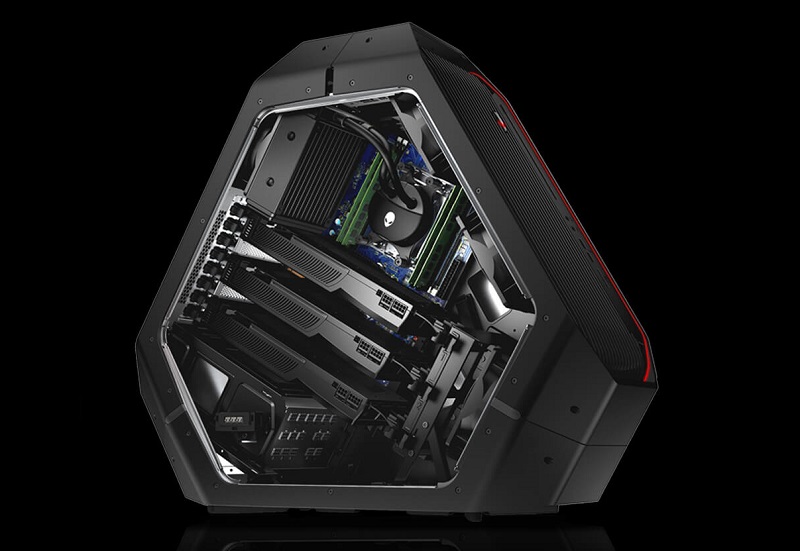 We would advise users that are interested in Threadripper to delay their orders until some third party testing is conducted on the platform so that further advice/recommendations for coolers and other accessories can be made.

Given the size and TDP of Threadripper, it is likely that coolers with smaller radiators (120/140mm) may be inadvisable, especially when overclocking.

You can join the discussion on AMD's Threadripper X399 platform on the OC3D Forums.

Wraith
Another slight issue I foresee is repasting...? With a "normal" sized die you undo the retaining screws give it a little twist and lean the cooler slightly to release its bond.. right?

With Threadripper you're going to need a crowbar and a tug of war team if you get a stubborn paste bond.

AlienALX
lmfao. First LOL, OL of the day thanks for that. Can just see five mechanics all pushing on a breaker bar

Asetek have quite a large pump block tbh. I'll have to order myself a TR bracket. Even though I probably won't use it it can keep the AM4 one I got company

Excalabur50
TBH I think this is great, once again no waiting like there was for Ryzen R seriesQuote

Dicehunter
Will be interesting to see gaming performance of the 16 core against an 1800X.Quote

NeverBackDown
Quote:
It'll more than likely be slightly better due to the enormous cache it has at it's disposal. That's if the clockspeeds are the sameQuote
Reply