Threadripper will not come with a AIO liquid cooler?

Hermitage Akihabara has now backtracked on a statement that suggested that AMD's upcoming Ryzen Threadripper CPUs will release with an AIO liquid cooler at stock.
The website has also listed the release of AMD's Threadripper CPUs to be on August 10th at 10 PM Japanese time, which translates to 2 PM in the UK and 6 AM Pacific in the US. The site originally thought that pre-orders for Threadripper would begin on July 27th, though they allege that the supply of Threadripper CPUs will be limited at launch.
At this time it is unknown how many Threadripper compatible coolers there will be on the market at launch, given AMD's large TR4 socket design and its dissimilarity to existing cooling solutions. Many even question whether or not existing liquid coolers will be compatible with Threadripper, given the size of the CPU's IHS. 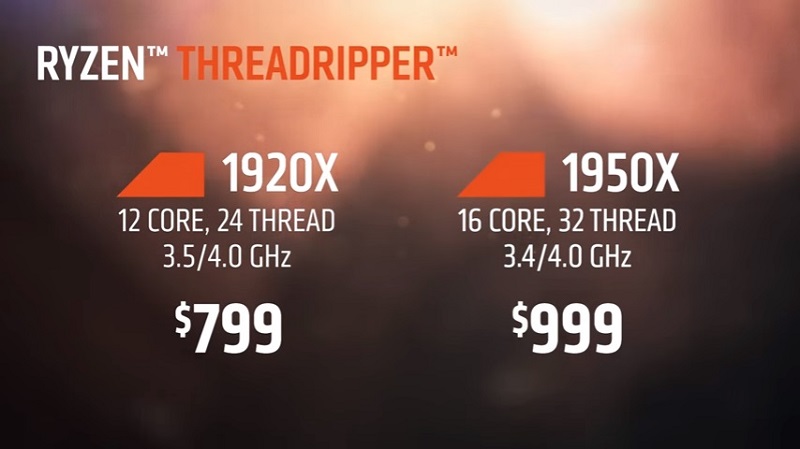 AMD is expected to release more information about their new Threadripper series CPUs later this week, so expect to hear more about Threadripper's cooling situation soon.

You can join the discussion on Threadripper's reported release date and cooling on the OC3D Forums.

AlienALX
Quite a bit more than I thought they would be if I'm being honest. Mind you, these are the high clock parts. So I guess maybe later they will have cheaper ones coming out.Quote

Excalabur50
Quote:
They are not glued together at all that is Intel misinformationQuote
Reply