Videocardz has admitted that they have not been able to fully verify this information, which means that like any leak this information should be treated like a rumour. Even so, these specifications are similar to other recent leaks.

We can see that even with increased core counts, Intel has been able to offer some high turbo boost frequencies on their high core count CPU offerings, offering Turbo Boost 3.0 speeds of 4.4GHz, which is a high boost clock speed for any modern CPU. Even so, the base clock speeds of higher-end models do see a downward trend after Intel's CPUs reach a higher TDP of 165W. 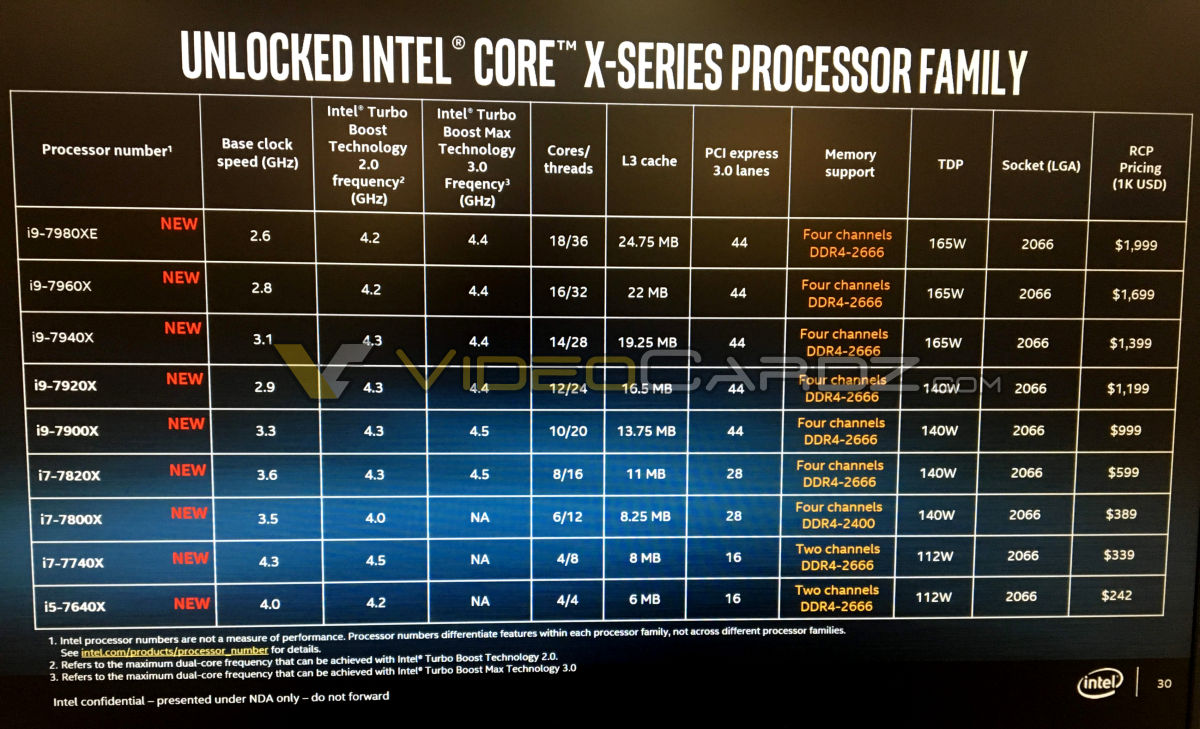 What we can see here is that Intel's higher core count offerings will not be making any major sacrifices when it comes to single-threaded performance, which is great news for consumers.

It will be very interesting to see how AMD's upcoming Threadripper series of CPUs will compete with Skylake-X, given their more affordable pricing per core and the 64 available PCIe 3.0 lanes that are present in every Threadripper CPU.

Gothmoth
Quote:
well yes and no.

it all comes down to if it you need such a cooler or not:

but not with these temps.

at least these expensive 10+ core intel cpus are not PCIe lane eunuchs....Quote

NeverBackDown
Intel can get bent.
$1000 for a 44 lane CPU? Yeah right.Quote
Reply