Yesterday, Sony revealed a lot of new information about their PlayStation 5 console, highlighting several major hardware upgrades. These upgrades range from support for raytracing in-silicon to the console's use of 100GB Blu Ray Disks and the system's SSD upgrade.

The Japanese publication Famitsu has stated that Sony's upcoming PlayStation 5 console will utilise an AMD 8-core processor. This processor is said to be based on AMD's Ryzen "Zen 2" line of products. This processor will reportedly offer users eight cores and sixteen threads, making it the first Sony console to support SMT.

Though the power of the PlayStation 5's processor, high framerate game simulations should become a lot more achievable, as will advanced physics and other CPU-heavy effects. Aside from graphical upgrades, these changes will help to deliver a true generational leap over today's console hardware, delivering more than just the GPU power boost that's needed to offer higher game resolutions. When combined with the console's SSD update, the PlayStation 5 will be able to create larger, more interactive, game worlds that have minimal load times. 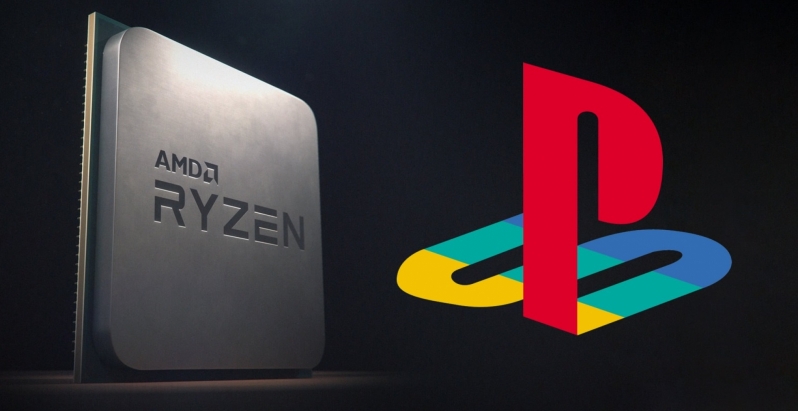 You can join the discussion on Sony's PlayStation 5 console using an AMD Ryzen-like CPU on the OC3D Forums.

The leap from the 8 core Jaguar CPU to the Zen 2 8 C/16T will be a maHOOsive leap.Quote

NeverBackDown
Why is this even an article? We already knew it was Zen 2 based. You can confirm this info from April of this year when Sony announced it.Quote

WYP
Quote:
The new information is the apparent confirmation of eight cores and sixteen threads. That's a big deal given the cost of an 8-core Zen 2 CPU today.Quote

NeverBackDown
Quote:
We already knew it was 8 cores, it's not difficult to imagine 16 threads. I mean Zen is a multi-threaded monster, why take away it's best performance factor?

If sony was using off the shelf parts, it wouldn't cost much of a difference to have it. Though it's more than likely custom. If it's already there, why not keep it? Just can't see it being too much of a cost difference factor. The way Zen is designed as well it might even be more detrimental to remove it. Though that's speculation.


If anything the biggest announcement this shows, is really just how expensive the console will be.Quote

WYP
Quote:
That was not officially confirmed. That was assumed given the core count on today's consoles.Quote
Reply