Right now it looks like Crystal Dynamic's Shadow of the Tomb Raider is one of gaming's worst kept secrets, with previous leaks pointing at a 2018 release date and new leaks revealing game logo designs as well as concept art.
This leak comes from Takeoff Creative, a company that creates promotional materials for video games and other products, who posted the below image on their website (which has since been taken down). Takeoff has worked with both Square Enix and Ubisoft in the past, adding additional legitimacy to this leak.
The key art shown showcases Lara Croft utilising a machete, a spear and what appears to be a long dagger or a short sword. 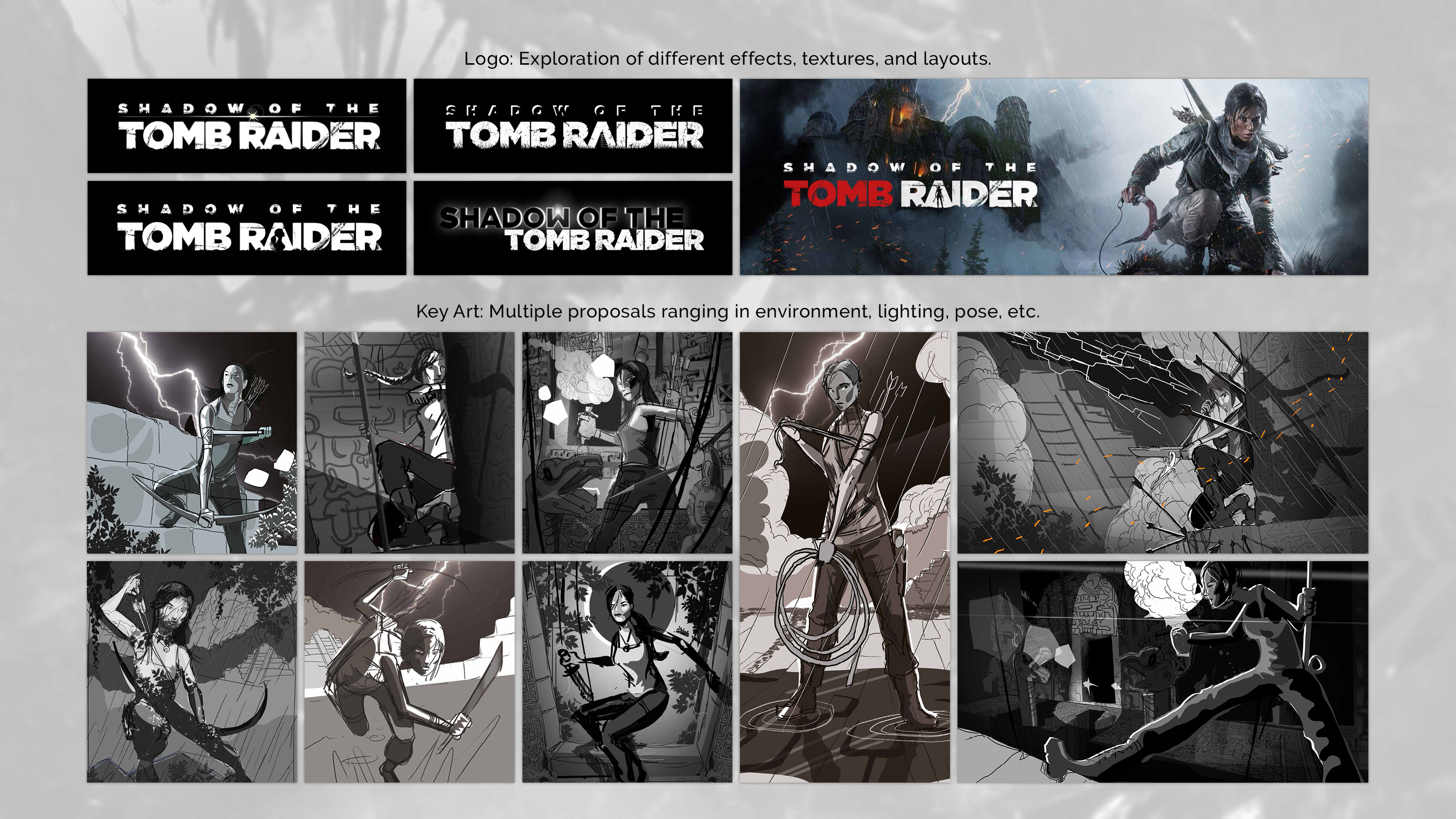 No Tomb Raider games were shown at E3 2017, which suggests that Lara's next adventure will not release until at least mid-late 2018.

You can join the discussion on Shadow of the Tomb Raider's recent leaks on the OC3D Forums.

ImprovizoR
I just want Lara to stop bitching and turn into a dual wielding badass that's she's supposed to be. It's been two games already. It's time.Quote

NeverBackDown
Meh not excited. The first game was boring and didn't bother with the 2nd because of it.Quote

Piskeante
Tomb Raider and Rise of the Tomb Raider are games that are worth any  you pay for them. They are real art. The best of the best. I enjoy this games to the maximum.
Looking forward to this next game.Quote

Darkdayzzz
Quote:
None of that matters if the character, aka Lara, is a whining bitch complaining about everything. Now mind you this previous game she WAS meant to be brand new to the whole exploration thing and she was set as a really young adult so that is expected. But the game was also rather repetitive and boring after about 2 hours in.

Just my opinion is all but unless this one utilizes a little bit more weaponry and she acts like the person we all know her to be then GREAT.Quote
Reply