Scores for Intel's upcoming i5 8600K appear on the Geekbench database

This was tested on a Gigabyte Z370 Aorus Ultra Gaming motherboard

Scores for Intel's upcoming i5 8600K appear on the Geekbench database

In effect, Coffee Lake is simply a Kaby Lake CPU that has been designed with more cores in mind, offering no real IPC increase to speak of. This means that Intel has effectively been using their Skylake CPU architecture for three CPU generations, offering higher clock speeds with Kaby Lake and then more cores with Coffee Lake.

Please note that these scores are from Geekbench 3, so please don't compare these results to Geekbench 4 benchmarks. 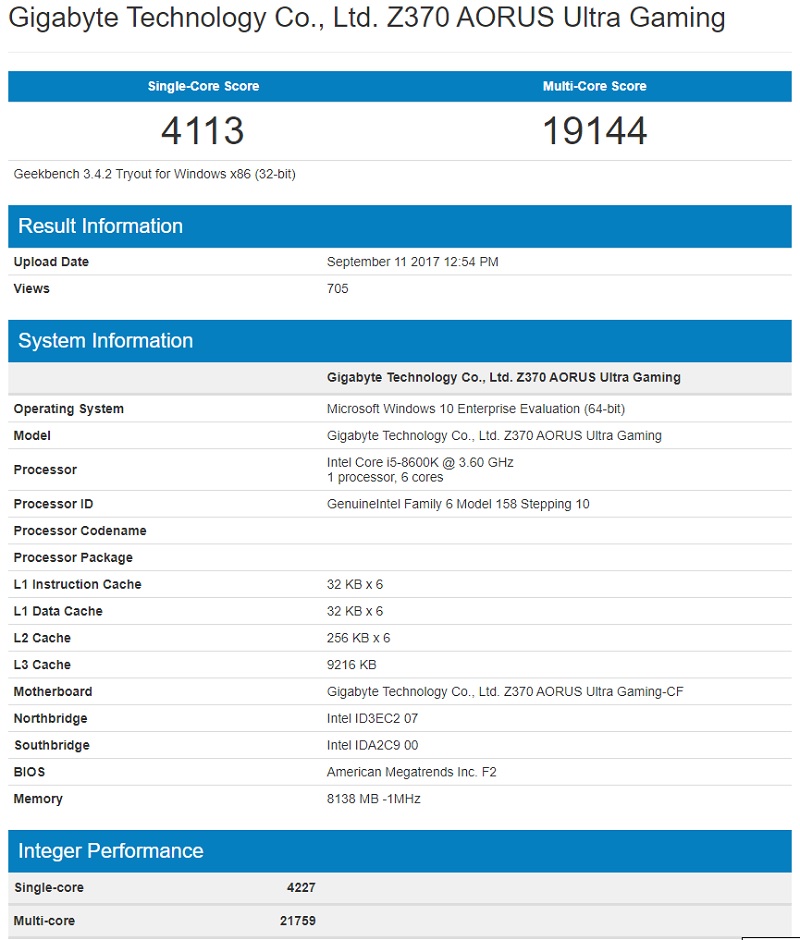 You can join the discussion on Intel's i5 8600K on the OC3D Forums.

Gothmoth
Quote:
and selling their customers 3 different chipset.. that are practically the same too.

it´s great to have a quasi monopoly i guess.

AlienALX
Quote:
TBH if AMD were not competitive it would have been worse. We would be getting another 4c 8t CPU for £330. At least now Intel are finally releasing higher cored CPUs, even if the price is comedic.

Gotta be careful what you say about Intel though. They do everything for a reason, a reason that is not screwing over their loyal fans.Quote
Reply