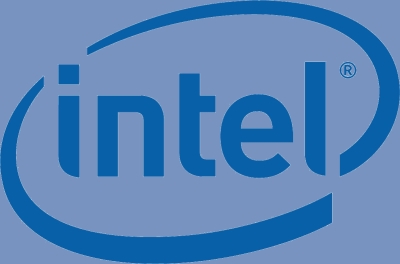 In case my fellow British readers haven't noticed, its woefully cold outside. The last fortnight has seen temperatures plummet into single and negative figures, which is only made worse by wind chill and regular doses of rain. As I glance through the office window today, I see tufts of snow floating to the ground and One Canada Square firmly in the clouds. Yes, its dark, cold and murky outside but the change in climate can only mean one thing; its Christmas time.

While the general public swarm Oxford Street in hoardes in an attempt to buy their loved ones Christmas gifts, the more "technically influenced" individuals will be comfortably sat behind their computers in a 20*c+ room ordering the same online. So what exactly do you want for Christmas? A shiney new 3D TV? A Macbook Air? Or perhaps you are looking to upgrade your own Desktop?

Those who are hoping to overhaul their computers this Christmas will have a tough decision to make; do I, or do I not wait for Sandy Bridge?

I'm sure that findings over the last few months have helped influence people's decisions but until now we have had little to no knowledge about the products available within future processor families. Now armed with the missing pieces of the puzzle, lets have a brief chat about the all new Pentium, Core i3, Core i5 and Core i7 range.

...and there we have it. As promised, the new processor families will replace all existing LGA1156 Pentium, Core i3, i5 and i7 processors on the market today. While the extensive processor details are courtesy of Expreview, our own sources have been able to confirm British retail prices for a number of these products.

To break things down, there should be 6 conventional and 4 energy efficient processors available from the first few weeks of January, of which all are Quad Core. At $177, you would be spending roughly as much as one of today's Core i5 750/760 processors for the new technology, however the big spenders should expect to drop nearly $320 or ~£250 for the range topping (and Multiplier unlocked) Core i7 2600k.

The pricing itself seems reasonable on the basis that you will gain an integrated GPU, architectural tweaks as well as generally higher default clock frequencies across the board for the same money.

As previously mentioned, we were informed that these processors are heavily Base Frequency limited and for most of the part, overclocking is limited to the CPU Multiplier only. Out of all of the 10 processors available in January, there are two "K" series processors which offer Multiplier overclocking; the i7 2600k and i5 2500k.

We suspect that the Core i5 2500K will be the pick of the bunch for value for money overclocking with a British price tag of £167.99, inclusive of 2011's 20% VAT. But even though Intel have set these guideline prices, it is not unlikely that retailers may inflate the premium of these multiplier unlocked models.

So it would seem that there is something for everyone in terms of processors...but how much will a P67 motherboard cost? Turn over to find out more...

alienware
Right now (sorry !) I am a little dissapointed. Let me explain !

As usual these new chips we have been dying to see have a boring name. Pretty much the same ones we have now (I3 I5 I7). It would have been amazing if they had come up with a cool new name like.

Secondly the pricetags don't make them really desirable and it seems that there aren't any 'killer apps' in there. No extremes, no 980X hex core nothing.

Fair play Intel need time to come up with them but man it would have been a.mazing to see a 5ghz chip

Ollii
Hi, I'm just about to order a whole new build and was completely satisfied with everything, until I very recently came across this Sandy Bridge. I originally decided to have an Intel

Core I7 950 and an Asus X58 Sabertooth to match (Mainly due to how highly you rated both of them) but now I have found out about this Sandy Bridge so should I wait a little longer and get the Intel Core I7 2600k and perhaps the Gigabyte P67A-UD4 to match? I see that price wise my original and the Sandy Bridge are roughly the same, So I would love to know the differences between the two and if it is worth going Sandy Bridge or not. Thanks.Quote

Ollii
Quote:
Ok Thanks alot. So in gaming terms the X58 with the I7 950 would be quicker than the top Sandy Bridge without question ? Even though the Sandy Bridge apparently overclocks to 5GHz on air? Whereas I don't think I'd be pushing my 950 over 4GHzQuote

Captain Caveman
Quote:
Not sure but I think I read that its a replacement for the 1156 socket i3, i5 and i7...Hmmm...sounds like their still gonna call them i3-7 but differentiation is going to be the socket 1155...maybe Im just reading into it.

"We" could code name it the middle of the road CPU or even better "the Neapolitan" CPU if your just after another name Lol Time will tell...

BTW...before anyone takes this wrong way "I'm not being an ARSE". Just my sense of humor. Lol I may have to put this disclaimer on all my repliesQuote
Reply