AMD's Ryzen 3rd Generation processors may be impressive, but the best is yet to come. Yes, AMD has delivered 12 cores on AM4 with their Ryzen 9 3900X, but what if we go even further beyond? AMD's Ryzen 9 3950X is due to release soon, and with it will come higher boost clocks, 16 cores and 72MB of total L2/L3 cache.

The Swiss retailer digitec.ch has listed AMD's upcoming Ryzen 9 3950X processor with a release date of September 30th. This suggests that AMD's flagship AM4 Zen 2 processor will release at the end of this month; before Intel has a chance to release their i9-9900KS or X299's Cascade Lake series of processors.

With the Ryzen 9 3950X, AMD is bringing Threadripper-like core counts to AM4, complete with the IPC gains and efficiency gains that their Zen 2 architecture and 7nm manufacturing has provided. Below are the specifications of AMD's Ryzen 3rd Generation (Zen 2) processors. 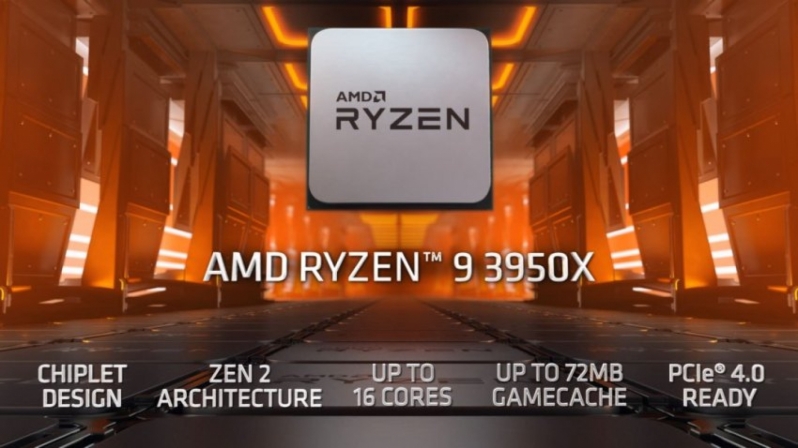 Deceit
Hopefully their will be enough stock when it comes out. I'm waiting on this to finish my spare rig.Quote
Reply