As amazing as AMD's TR4 Threadripper platform is, it's worth remembering that HEDT wasn't a part of AMD's original Ryzen plan. Initially, there was supposed to be Ryzen and EPYC, with nothing in-between. Thanks to an unofficial skunkworks project within AMD, Threadripper was born; fundamentally changing the HEDT market.

Before Threadripper Intel offers 10-core Broadwell-E i7-6950X processors for over £1500, and now, Intel has been forced by the market to release the cost of their 18-core Cascade Lake-X i9-10980XE for under £1,000. Times have changed, and Threadripper helped to make that happen.

Unlike AM4, AMD has not committed to supporting X399/TR4 until 2020. AMD has made no public commitments to supporting next-generation processors on their existing TR4 socket motherboards. Also, given the off-roadmap design of Threadripper, there is a lot of room for technical limitations to prevent backwards compatibility. Moving from AMD's multi-die approach with Threadripper (1st and 2nd Gen) to AMD's new Zen 2 multi-die structure could be a step too far for X399. Yes, AMD's EPYC motherboards can support Zen 2 EPYC processors, but the same doesn't necessarily apply to Threadripper.

ReHWolution recently stated that ASRock plans to release TRX40 Taichi and Creator series motherboards this November, both of which lack support for existing Threadripper series processors. They also claimed that 3rd Generation Threadripper processors would not be supported on X399.

At this time, AMD has not confirmed or denied this information. 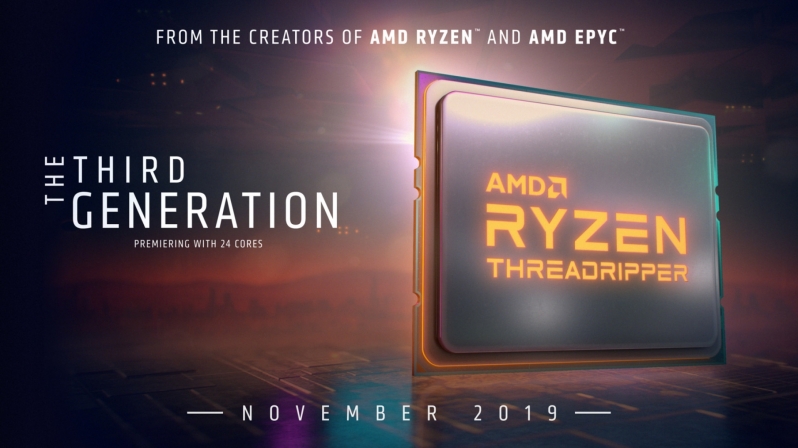 You can join the discussion on Threadripper 3rd Gen's rumoured lack of backwards compatibility on the OC3D Forums.

NeverBackDown
Wouldn't be that surprising honestly. They never made any promises to maintain the same socket(iirc) like they did for Normal Ryzen. Plus the people in the market for this type of CPU can probably afford it.Quote

AngryGoldfish
I think it makes sense. HEDT platforms have all the newest and most advanced features as soon as they become available. You're also jumping from 16c to 32c, which is a huge increase. And when someone is already paying upwards of £1500 for a CPU, a new motherboard isn't that big of a deal. Some may also be buying new RAM just because Zen 2 can reach higher frequencies.Quote

Giggyolly
I imagine the socket is still the same, but higher end boards for higher end chips.
If the TRx40 and TRx80 rumors are real, then there's probably something cut-down feature-wise about the entry boards.
I would say maybe less PCIe lanes, but that seems like way too much of an Intel move for AMD to do.Quote
Reply