At Razercon 2020, Razer announced their first "Razer Edition" motherboards with ASRock, bringing further into the custom PC market than ever before. Stranger still is the fact that Razer appears to have no plans to release Intel-based Razer Edition motherboards at this time. Razer is backing Ryzen.

With ASRock as their motherboard partner, Razer's "Razer Edition" motherboards will feature similar specifications to today's Taichi series motherboards. Razer plans to release X570 and B550 motherboard designs, supporting Razer Chroma RGB and support for a range of other addressable RGB components.

Razer has stated that these "Razer Edition" motherboards will be "Razer-designed" versions of ASRock's Taichi models. This comparison should give users an idea of what to expect from these upcoming motherboards. ASRock is one of the world's top motherboard manufacturers within the enthusiast PC market, with strong BIOS support and several popular AM4 mainboard designs.

At this time, Razer hasn't been clear about when they plan to release their new "Razer Edition" AM4 motherboards. Some websites have speculated that ASRock's Razer Edition motherboards will release in Q4 2020, while Razer's press release has revealed no release date. 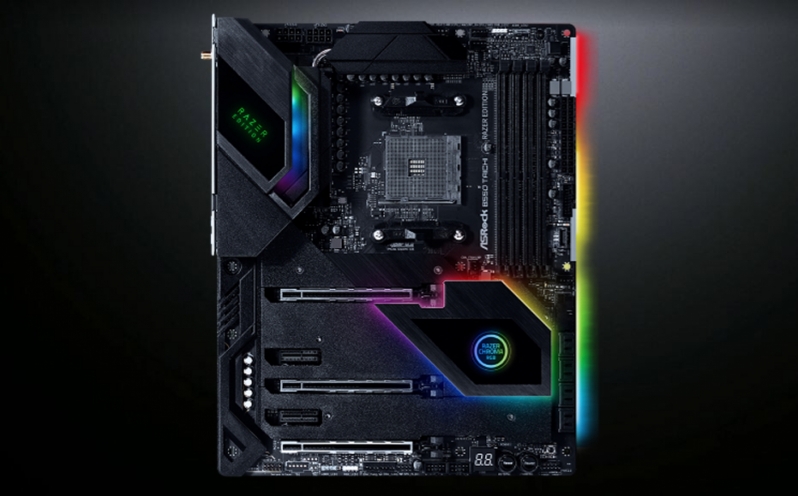 You can join the discussion on ASRock producing "Razer Edition" motherboards on the OC3D Forums.

AlienALX
I hate to say it but I think that is one of the best looking boards I have seen yet. If you toned down the LEDs it would be a master piece.

I wonder how much the Razer tax will be?Quote

Warchild
Quote:
Yep. Razer have always been RGB heavy, but.. very simplistic on design. No blazé blazé. so this all black design is pretty good!
No contours with crazy angles or oversized logos and text. Just flat, black armor. I like it.Quote

demonking
When you can't add an Asus tax to you subsidiary brand so you find some otherway to jack the prices up.Quote
Reply