A unique solution to a big problem

The term "space heater" has often been used to describe less efficient or hot-running hardware, with the term often being used as a negative for a product given the fact that heat is typically considered as an unwanted side-product.
Qarnot believes that the heat produced by PCs should not be put to waste, especially in the cloud where server farms all over the world are required to use expensive cooling systems to keep their systems running at stable operating temperatures.
This is where the Qarnot Q.Rad comes in, creating a unit for distributed computing that can be used in buildings as a source of heat for the occupants and not in a server farm where the heat would be considered as a waste.

The Beauty of this design is that Qarnot has the opportunity to save money while delivering Q.Rad users with free heating, removing the need for large datacenters and the expensive cooling systems that are required to run them while also reducing net electricity use.

Users of Q.Rads will be refunded the electricity costs that are incurred by the unit, resulting in free heating for the buildings use Q.Rads. These radiators will need to be connected to the internet, giving Qarnot a highly distributed cloud computing platform.

Today's Q.Rad units can come with either Intel i7 (4GHz) or AMD Ryzen 7 CPUs, with each 500W radiator solution coming with three compute units.

These radiators are designed to be silent, utilising no fans to distribute heat into the surrounding space. Q.Rads will also ship with thermal, CO2, Humidity, Luminosity and pressure sensors, all of which can be read using the Qarnot Q.Rad app.

Qarnot typically crunches data for 3D Rendering and other VFX workloads, with the company already heating 6 buildings in the Paris area for free.

Right now the company has around 5,000 CPU cores in their cloud computing system and have plans to ship over 20,000 more cores within the next year.

Below are the specifications of today's Qarnot Q.Rad systems, which utilise wither Intel or Ryzen Pro 7 processors. 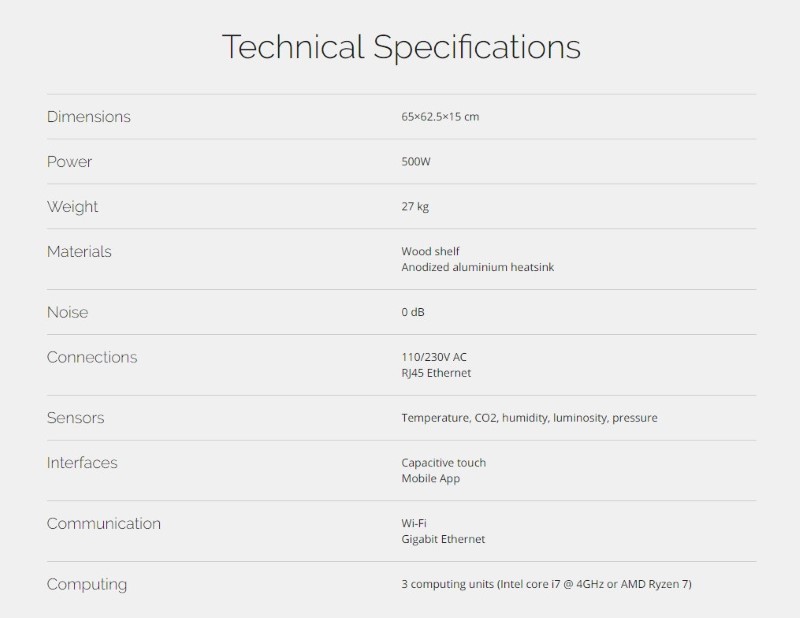 This is a very innovative idea that works around the problems that are traditionally faced by datacenters, saving power by having a decentralised infrastructure and a system where the heat produced by systems can be used in a useful manner.

Only time will tell how successful this approach will be in time, especially when it comes to upgrading existing Qarnot Radiator solutions and maintaining their decentralised infrastructure.

wozza365
Anyone got any idea what kind of price we can expect these to be once they eventually reach the consumer? I'm guessing at least £1500. 3 Ryzen Pros or i7s are probably £1200 alone.

And I imagine those buying compute power from Qarnot are not going to appreciate a fraction of the speeds in the summer if people switch these off or to their minimum.Quote

Korreborg
Apple is building a datacentre just outside Viborg, Denmark.

They offered the waste heat to the city for free. But nooooo

says the government, then we lose money on taxes

Last thing i heard they are still working on it, it would be absolutely stupid/bad for mother natur not to use it.

On topic, awesome idea. As long as there is a certainty of the usage, so they don't idle in the winter