Over the past few weeks, industry sources informed OC3D that there is a shortage of PWM Phase Doublers; and that this shortage has forced motherboard manufacturers to move away from so-called "doubled" PWM Phase designs.

We have contacted Gigabyte regarding the creation of these new V2 B550 motherboard designs, though their existence alone seemingly confirms what we have heard regarding the industry's phase doubler chip shortage.

What are Phase Doublers?

Let's start by explaining what your motherboard's VRMs do. Today's PC power supplies provide systems with specific voltages of power, which is 12V in the case of your PSU's EPS/CPU power connector. Your CPU cannot handle 12V power, and that's where your motherboard's VRMs come in. They step down incoming 12V power into usable voltages, such as 1.1V or whatever your processor requires.

The chip which controls your motherboard's VRMs is called a PWM controller, and these chips are designed to handle a specific number of power phases. The more phases your controller can handle, the more expensive the controller gets.

Phase doubling allows motherboard manufacturers to create cost-effective designs, using PWM doublers to control more power phases without the same hardware costs. While these designs are not as efficient or responsive as a design without phase doublers, they offer consumers more value. Please bear in mind that this is a simplified summary of VRMs and Phase Doublers.

How is the shortage affecting motherboard makers?

Like all shortages, having demand outstrip supply causes prices to increase, lowering the value proposition offered by PWM Phase Doublers. Beyond that, some manufacturers may be unable to access enough phase doubler chips to ship as many motherboards, or other products, as expected.

These new motherboard designs should all lack phase doublers, likely making them more efficient thanks to the use of new PWM controllers. As mentioned previously, we have contacted Gigabyte regarding the exact design changes within their new V2 B550 motherboards.

If our sources are correct, PC builders should expect to see new revisions motherboards from multiple manufacturers in the near future. The "value" section of the market will be impacted most by these changes, with AMD's B550 chipset being where most the changes are expected. 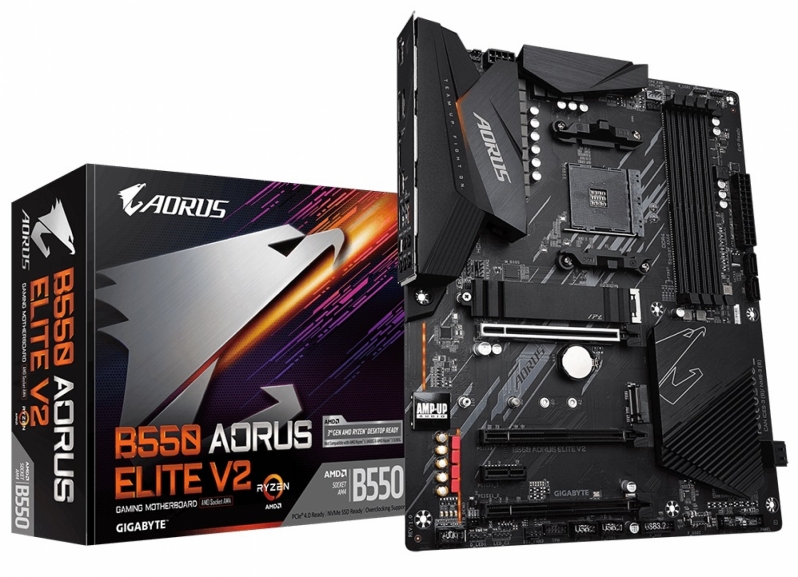 Over the next few weeks, we will likely start to see more revised motherboard designs from large motherboard manufacturers. Gigabyte has made the distinction between its old and new models with their "V2" product names, but it remains to be seen if other manufacturers will make the differences between their old and new products this clear.

You can join the discussion on the PC market's PWM Doubler shortage causing manufacturers to release revised motherboard designs on the OC3D Forums.

demonking
Good!
Lots of dodgy marketing around these doublers, much like the AMD lawsuit of is actually 8 cores/8 phases. 2 VRMS, 1 controller is not 2 phases its like a 1+1 phase and we had quite a few boards advertising 8, 10 or even 12 phase when they only used half that number of controllers.Quote

WYP
Quote:
To be fair they are giving customers the correct number of power phases, it's just the controller that's somewhat sub-optimal.

There are plenty of decent motherboards with phase doublers, and it can offer consumers a lot of value. I don't think it is lawsuit material. A lot of people have overstated the downsides of phase doublers. It's sub-optimal, but not terrible.Quote

demonking
Quote:
This is yet to be seen, i'd say this is exactly like the AMD case, advertising 8 cores, which it in a sense did have but as each core had to share the FP scheduler with another they were not classed as individual "cores". The phase counting should be the same, 1 capacitor, 1 choke and 1 controller, this is what is considered a phase and always was until doublers got added. If the VRM has to share a controller then its not a full phase, just like a bulldozer core sharing an FPU. There is no definition on what a "core" is but the courts agreed that due to previous iterations by AMD themselves and their competition that these were not built in the same way as all other "cores" and advertising them as 8 cores is misleading
I don't disagree that there is nothing wrong with power delivery systems that use this setup, as a lot of them do and work extremely well but this is misleading in the same way.Quote

WYP
Quote:
All the phases are controlled by a single controller anyway, it's just that what would be a 6-phase controller is being used to control 12 phased through doublers.

I know what you mean when you say "1 capacitor, 1 choke and 1 controller", but I feel that this should be clarified in case it confuses anyone on the forums.

TBH, I don't think that AMD was misleading with the whole Bulldozer core thing. AMD had to pay a settlement because it was a terrible idea to allow courts to decide what is ok within a computational architecture. If that even happened, avenues for innovation would be forever closed.

I just don't see a class action in phase doublers as the physical phases are still there.Quote

Kleptobot
The physical phases are still there, calm down. Calling for a lawsuit is absurd. As WYP said there is still only one controller, nothing has been misrepresented. If you put a scope on each phase you would see that you had the correct number all running at the correct phase angle.Quote
Reply