PCIe 4.0 options are now available in some 400-series AM4 motherboards

It looks like Gigabyte is ready to support PCIe 4.0 on existing motherboards.

PCIe 4.0 options are now available in some 400-series AM4 motherboards

AMD's next-generation Ryzen 3rd Generation processors will be supported on existing AM4 motherboards, utilising a new wave of BIOS updates to deliver backwards compatibility on AMD's Zen 2 processors on previous generation AM4 mainboards.

Some reports online have also claimed that this feature has been added to B450 motherboards from Gigabyte, enabling PCIe 4.0 on PCIe lanes that connect directly to the user's processor, restricting PCIe 4.0 support to specific sections of the motherboard. Beyond that, PCIe 4.0 will only work on Ryzen 3rd Generation processors. PCIe 4.0 support will be defined by a large number of factors, which means that PCIe 4.0 support on existing AM4 motherboards is likely to vary wildly between manufacturers and models.

Gigabyte hasn't officially announced PCIe 4.0 support on any of its 400/300 series AM4 motherboards, but the options are in their latest BIOS. PCIe 4.0 opens the door to faster PCIe devices, such as faster NVMe SSDs, PCIe 4.0 graphics cards and other devices that could benefit from the bandwidth boost. 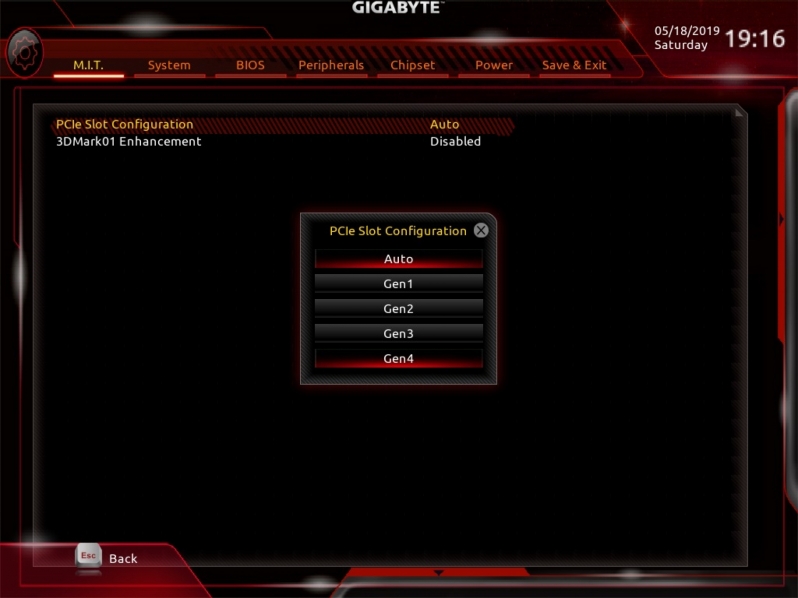 You can join the discussion on PCIe 4.0 support appearing in some AM4 motherboards on the OC3D Forums.

AlienALX
Huh, well I'll be. Ain't that a thing?Quote
Reply