Are you really Ivy Bridge ready? 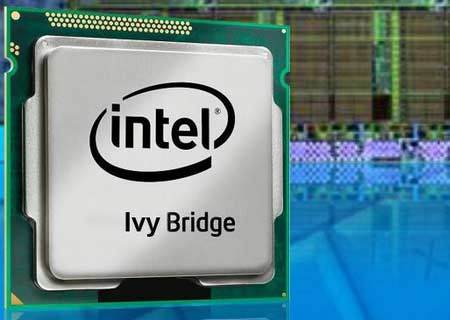 So What's It All About?

One of the big bits of news floating around at the moment is the compatibility of motherboards with PCI Express 3, which is part of the forthcoming Ivy Bridge processor package.

Indeed this compatibility is causing quite a stir. Initial reports were that a BIOS upgrade would enable PCIe 3 compatibility on your current P67/Z68 chipsets and, to a certain degree, this is true. MSI have been releasing quite a few documents of late pointing out that whilst it is possible to allow the use of PCI Express 3 hardware, a simple BIOS flash doesn't actually provide the bandwidth increases which are the point of PCIe 3 in the first place. Now although MSI seem to be going out of their way to point out that Gigabytes claims of compatibility are false, when we read the reports of the BIOS updates we never thought that Gigabyte meant it would allow the 32GB/s bandwidth. After all bandwidth doesn't just appear out of the blue does it. Huge press releases based upon potential misunderstandings seem a bit of an over-reaction to us.

Think of it like USB 3.0. You can put your USB 3.0 device into a USB 2.0 port and it will work perfect fine. It's compatible. What it wont do is give you the USB 3.0 bandwidth. PCI Express 3 compatibility is pretty much the same idea. Your PCIe 3 GPU will work, but it'll work at PCIe 2 bandwidth levels.

Of course whether you believed that the full benefits of PCIe 3 could be provided with a simple BIOS update is a different matter, but with the forthcoming Gen3 motherboards from MSI they are taking great pains to point out that their new range is gives the full 32 GB/s PCI Express 3 bandwidth, as opposed to the 16 GB/s but compatible option available from Gigabyte BIOS upgrades. Bandwidth is, as we all know, vital. Anyone who has run two high-end cards in SLI/Crossfire and had them limited to PCIe x8 will be aware how vital having huge amounts of bandwidth available to send data to the card can be. PCI Express 3 has twice the bandwidth of PCIe 2 available to it. Place your PCIe 3 GPU (when they are released) into a true PCIe3 board and it'll be fed by a full 32 GB/s. Place it into a compatible board and it'll work, but only at the current PCIe 2 speed.

If that isn't enough, because the P67/Z68 chipset isn't compatible with PCI Express 3, MSI have had to go away and get their own chip to provide sufficient PCIe lanes for you to run more than a single card, the Pericom 3412 and 3415 chips. Put two PCIe 3 cards in a board that's merely compatible, rather than has official support, and they'll just run as a single card. So these switches are a vitally important element.

It would be very easy at this point to wonder what Gigabyte have to offer with their Legacy BIOS and vague marketing about compatibility vs actual bandwidth, but we've been hearing some strong rumours of late that potentially muddy the waters even further, and now they are being reported elsewhere too we thought we'd give you a chance to know what we know, and perhaps tell us what you think. The very thing we've long complained about the Gigabyte boards, their Legacy BIOS, is something we've often spoken to them about and they've said that it's just a business decision based upon the fact they were unhappy with the current UEFI BIOS and prefer the bulletproof nature of the Legacy one. This now has the happy coincidence that because current UEFI BIOS are incompatible with Ivy Bridge and any current boards require a RTB flash to make them able to accept Ivy Bridge processors, Gigabyte have unexpectedly ended up with potentially the only boards on the market that are Ivy Bridge ready.

So on the one hand you have MSI saying their motherboards are truly Gen3 and Ivy Bridge ready, but as we understand it that is a moot point because the UEFI BIOS means you can't use Ivy Bridge chips in them. And on the other hand we have Gigabyte with a Legacy BIOS that will accept Ivy Bridge CPUs, but they aren't actually full bandwidth PCIe 3 ready.

Now we're not going to stick the boot in to either company because until Ivy Bridge and the PCIe 3 GPUs arrive we really can't tell how much truth there is to all of this. But if we assume all of the above is true and valid, then it appears the Gigabyte Z68 G1.Sniper 2 is the only Ivy Bridge ready motherboard around as it has genuine PCI Express 3 support and the Legacy BIOS that hasn't got issues with Ivy Bridge.

We can't wait to see how this will all pan out, and we're certain that the mud-slinging from both sides will only intensify as the release date for the 22nm CPUs approaches. Probably the most important thing to remember through all this is that PCI Express 3 cards don't exist yet, and so nobody has been able to prove if any boards at all work.

Let us know what you think in our Forums.

yassarikhan786
This is interesting. So if it's true that ivy bridge processors will not be compatible with the new UEFI BIOS, then the owners of newer ASUS boards will have to replace their motherboards as well to support the Ivy Bridge processors, which is absolutely crap

SieB
Too many rumors over all of this.

First of all we were told that Ivy Bridge would work in P67/Z68 mobos but without PCI-E 3 support.

Then Gigabyte come out and "officially" announces a BIOS update which makes all thier P67/Z68 boards PCI-E 3 compatible. Now they are saying they only meant that it would only enable the use of PCI-E 3 devices and not make them fully PCI-E 3 with PCI-E 3 bandwidth. The thing is they didn't say that is what they meant when they announced the BIOS update and it sounds to me like it's a cover story to cover their backs.

And now finally we are being told that Ivy will not work with P67/Z68 anyway because of UEFI.

As for MSI not having any PCI-E 3 devices to test their mobos on and disprove Gigabyte, the IGP on the engendering sample Ivy Bridge CPUs they have might be PCI-E 3 which would make sense seen as they have a PCI-E 3 controller and the fact that we now know (or do we?) that we will need a gen 3 mobo to use them.

I'm waiting till we have solid facts and or benches before I listen to anything about PCI-E 3 compatibility and what motherboards Ivy will or will not work on.

silenthill
I run my two gtx 480's on 8x & did a lot of testing,then run them on 16x with the same tests and TBH not much difference so I think bandwidth is over exaggerated when it comes to the PCIE case but a different case completely when it comes to memory bandwidth.

sheroo
Have Asus had anything to say?

If IB is incompatible with the UEFI BIOS then they are taking the big time!

It seems that these guys are so busy trying to get this stuff to market without any real regard for their consumers (us enthusiasts) that they are making poor strategic judgements. After the Intel B3 fiasco, and now all this uncertaintly it just reinforces it to me that these companies don't give a toss about us - they just want to screw us for every penny. They just drip feed us this stuff which we lap up and we buy ourselves into a blind ally where the only choice is a complete upgrade - it really annoys me!

Sorry for the rant - just had to get that off my chest.

SieB
Quote:
It's all about the money and the misleading and manipulating to get it. No matter how genuine or loyal a company may appear, at the end of the day all they are bothered about is your money and they will do and say anything to try and get it.

Sadly the same goes for your trust, i've started to notice a lot lately and not just in big companies, the worst part about it is there are that many people who hang on every word they are told and blindly follow them because they have been manipulated into believing that they are such great companies that they would never do such a thing as to lie to them.

Gigabyte and others know this which is why they keep on doing it because they know people will just listen to what they are being told without questioning it becasue people actually believed they were genuine. The whole thing with Gigabyte wouldn't have been that bad but the fact that they "officially" announced it makes it even worse.