PC modder removes the need for X570's chipset fan with a custom heatsink - This is PC modding!

Most PC builders dislike the fact that most AMD X570 motherboards ship with fan-assisted chipset heatsinks, potentially adding unwanted fan noise to high-end desktop systems. At the time of writing, this is the cost of PCIe 4.0 compatibility, but a PC modder called DerRuehrer has decided to work around this issue on his ROG Strix X570-E.

Looking at the tiny heatsink on his ROG Strix X570-E, DerRuehrer decided that he could do better. He put his father's milling machine to work to create an aluminium heatsink which could offer cooler chipset temperatures and quieter operation than ASUS' stock heatsink.

At stock, DerRuehrer lists the idle temperatures of his motherboard's chipset at between 55° C and 65° C. After his modding efforts, DerRuehrer's chipset sat between 45° C and 50° C, though this was while his graphics card provides the heatsink with some airflow.

A build log on DerRuehrer's heatsink design is available on Imgur, and a discussion on the project is also available on Reddit. 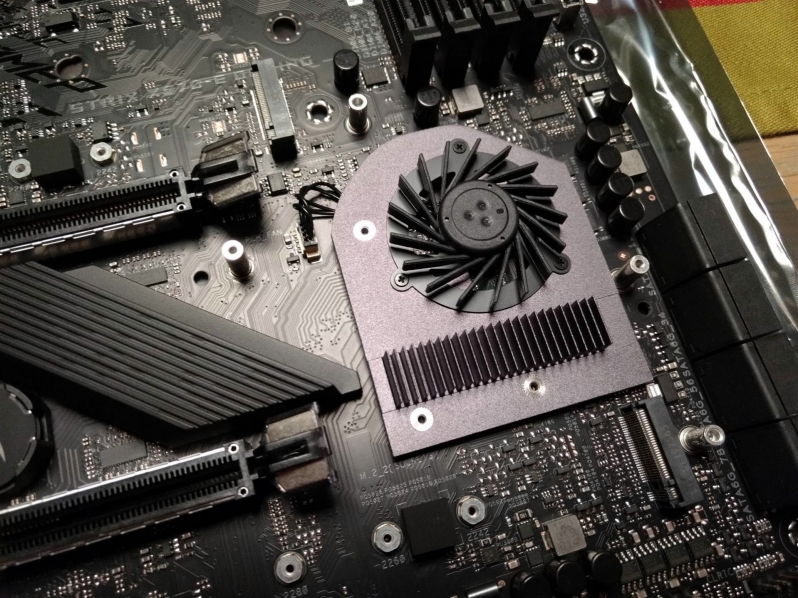 To create his custom heatsink, DerRuehrer replaced ASUS' almost comically small (albeit adequate) heatsink with a large block of milled aluminium. In addition to this, heatpipes were added to the design to help improve thermal conductivity. These heatpipes were secured using heatsink plaster while Arctic MX-2 is used to help transfer heat from the copper heatpipes to the heatsink's main aluminium block. A copper plate was then added to act as an interface between the heatpipes and AMD's X570-E chipset. 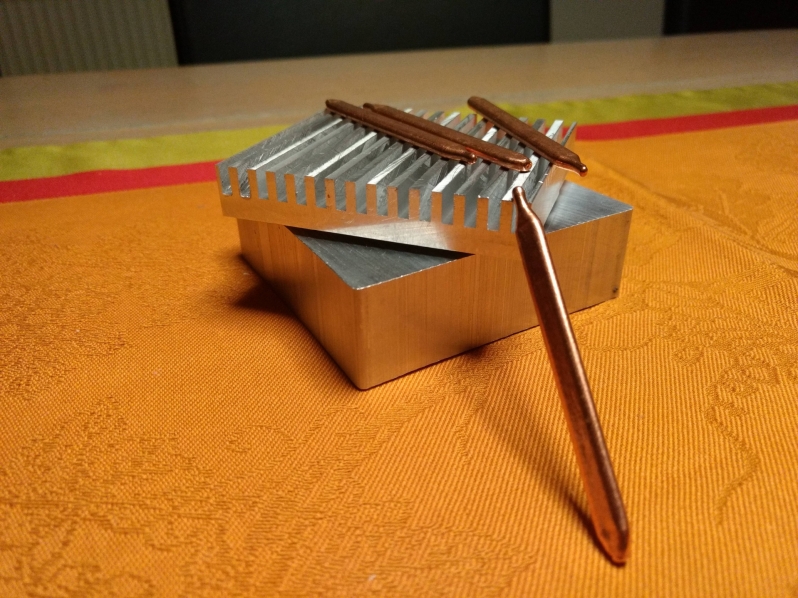 After the heatsink was assembled, DerRuehrer then painted the heatsink black and added rubber washers to prevent the heatsink's screw mounts from directly touching his motherboard. This allows the heatsink to match in with ASUS' mostly black ROG Strix X570-E motherboard and DerRuehrer's EK M.2 heatsink. 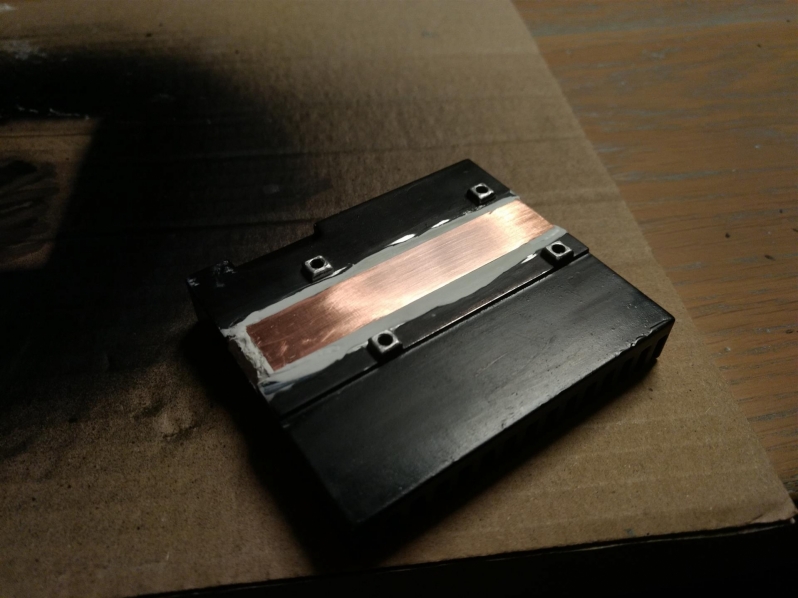 What this project shows is that it is more than possible for motherboard makers to create X570 motherboards with passive chipset heatsinks, despite the chipset's higher TDP range than its preceding X370 and X470 models. Hopefully, we will see future PCIe 4.0 compatible motherboard designs move away from fan-assisted heatsink designs in the future, as we'd prefer to keep our motherboard components passive/silent whenever possible. 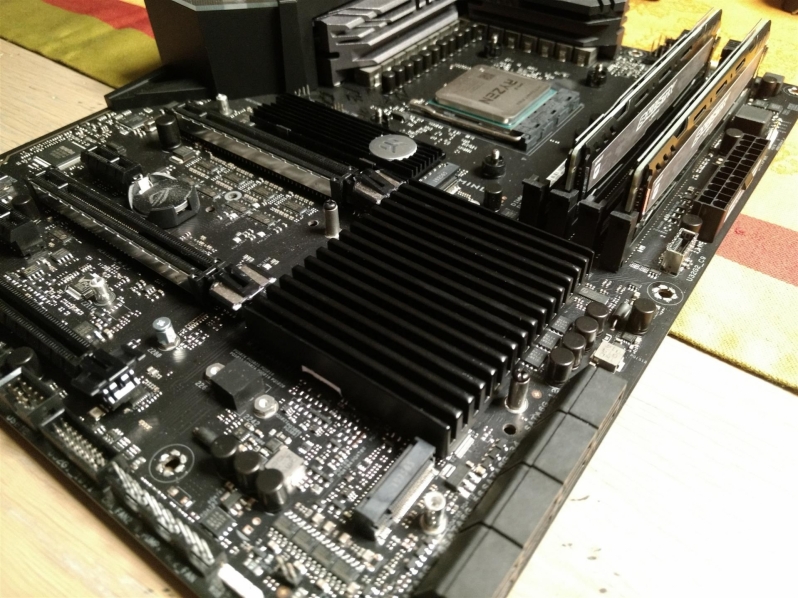 You can join the discussion on PC modder DerRuehrer creating a custom passive heatsink for his X570 motherboard on the OC3D Forums.

AlienALX
Nice job. It's not even ugly.Quote

FTLN
Quote:
My X570 chipset fan is unplugged since I installed the motherboard. Temps never go above 65c...Quote

Maybe some idiot in marketing thinks it makes it look good or something.Quote

dazbobaby
It's not there to annoy you, it's there to make the chip last longer.Quote
Reply