The overclocker Nam Dae Won has Delidded an AMD AM4 CPU, revealing that the CPU uses solder or liquid metal as its thermal interface material.
Over the past few years deliding CPUs has been popular amongst overclockers, removing the IHS (integrated heat spreader) improve heat transfer between the CPU and your chosen cooling solution. This method has been particularly popular on Intel's LGA 115X series CPUs, which use thermal paste to connect their CPUs to the IHS instead of solder or other more thermally conductive materials.
It looks like AMD's AM4 CPUs will be using a high-quality thermal interface material, which means that mainstream users will likely see no benefit from de-lidding their CPUs. 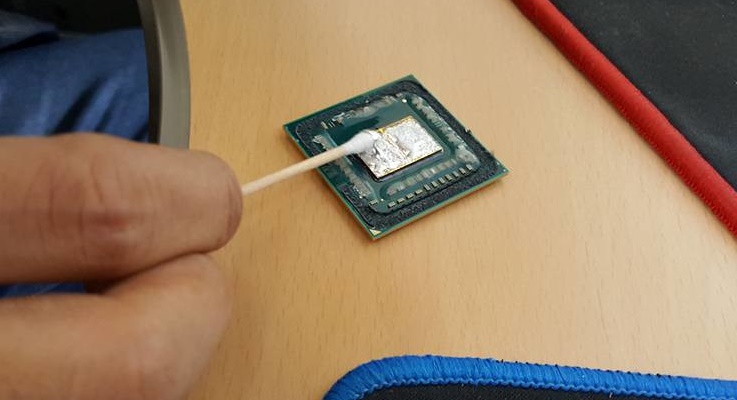 We can also see that AMD's AM4 CPU will have a central cutout and have a total of 1331 pins, matching existing images of AMD's AM4 CPU socket. The CPU pictured is likely an AMD Bristol Ridge APU, rather than an AMD Zen-based Summit Ridge CPU. 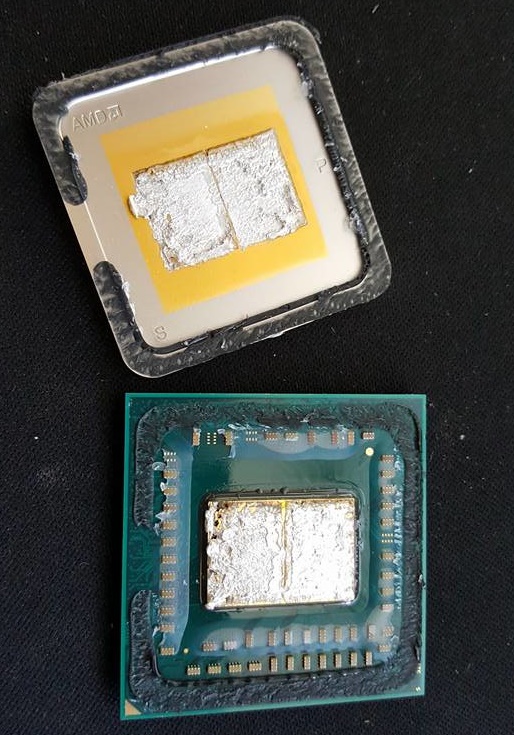 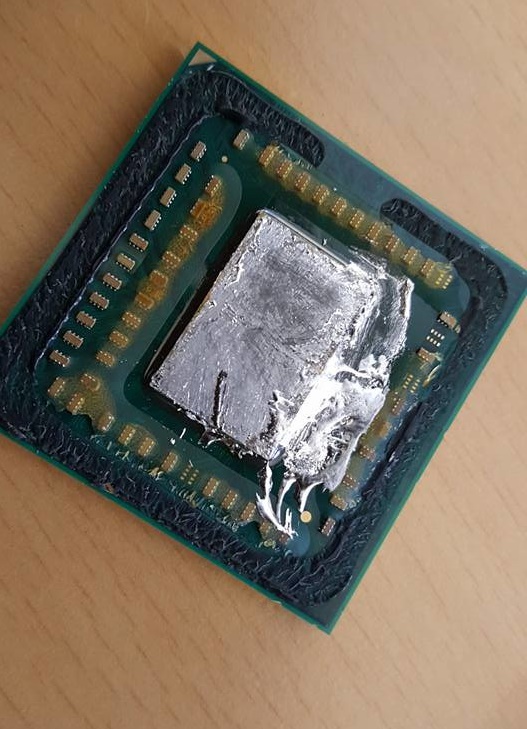 According to MAXSUN, AMD's Zen CPU will first launch on January 17th with a secondary launch for additional (likely lower end) Zen CPUs in early March. This means that AMD is likely to officially reveal their Zen CPUs at CES 2017, which will take place between January 6th and January 8th.

You can join the discussion on AMD's AM4 CPUs using high-quality thermal interface material on the OC3D Forums.

Aussiejuggalo
That is interesting, hopefully Summit Ridge will be the same. Don't really feel like delidding an expensive 8 core CPU

I wonder if this will make Intel change back to soldering or if they'll stick with the cheap crappy TIM they've been using since Ivy.Quote

Warchild
So good to see that AMD dont cut corners with cheap TIM like Intel do. And yet they can still price their chips way lower than them. Impressive.

I wish this info would explode on the web and force Intel to rethink their cost cutting practices.Quote

AlienALX
Quote:
Intel do not do it to save money. They do it because dies so tiny are prone to cracking when you heat them up to solder melting temps. I don't know how many times we need to go over this, but yeah, do some research man.

Now they do skimp on the actual TIM, but like GPU manus they just play it safe, using something that will and is known to last.Quote

Dawelio
Quote:
An completely unecessary comment there. Why even write it in the first place and come off as rude?

Doomslayer
Quote:
Cause it's not that hard to do the research, Some people (i'm not pointing any fingers i'm saying in general) don't and i just find that to be lazy when people can't be bother to do it in the first place.Quote
Reply