This motherboard was made in collaboration with ASRock

Unlike other NZXT motherboards, the N7 Z490 has not been designed in collaboration with ECS. This time, NZXT has partnered with ASRock to create their N7 Z490, offering consumers stronger BIOS support and design elements which are more focused on overclocking.

The NZXT N7 Z490 is designed to be integrated into the NZXT CAM ecosystem, allowing users to easily control their fan speeds and RGB lighting with a single utility. NZXT's N7 Z490 also features support for Wi-Fi 6 and Bluetooth V5.1, both of which are built into the motherboard. Through NZXT's CAM software, users can control up to 4 RGB lighting channels and seven fans. Additional fans and RGB lights can be controlled using NZXT fan controllers or lighting kits. 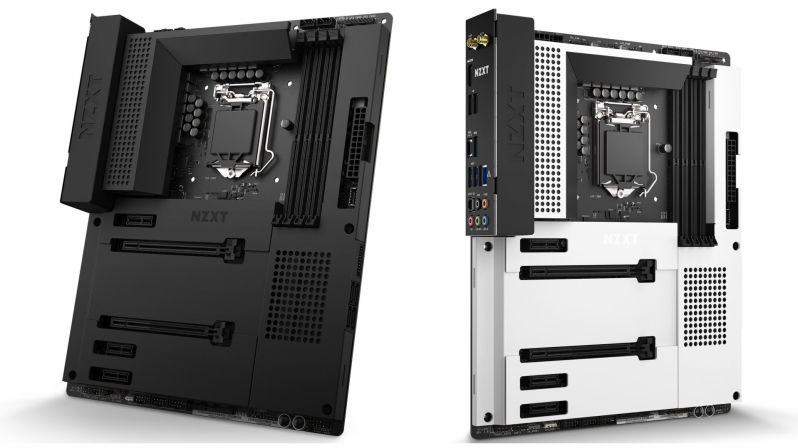 You can join the discussion on NZXT's N7 Z490 motherboard on the OC3D Forums.

AlienALX
They might actually be good too now Asrock have a hand in them.Quote

Digikid
Still ugly as heck and if they are anything like their previous boards, will still be sub-par.


Asus would have been a better partner as IMHO Asrock does not make quality motherboards. DECENT but not anywhere as good as Asus. ( Yes I know they used to be the same company )Quote

looz
Quote:
Sounds like your opinion in mobos is outdated by 10 years, AsRock boards are fairly good, and Taichi boards are outright excellent.


On the other hand, you've got to be careful when buying Asus, when even STRIX boards might have rather disappointing VRM (looking at you, Z370-F STRIX).Quote

Dicehunter
Quote:
Aesthetics aside as that area is subjective, Asrock have been on par with Asus for a few years now, With Asus you tend to pay more simply for the name.Quote
Reply