Expect to see more next month.

MSI has multiple new X570 motherboards in the works, all of which will be released under AMD's new X570S banner, with updated features and passively cooled X570 chipsets.

AMD's X570 chipset has been with us since the launch of AMD's Ryzen 3000 series, arriving in July 2019. This makes AMD's original X570 lineup two years old, giving motherboard manufacturers plenty of room to deliver new and improved designs for AMD's Ryzen 5000 series CPUs.

MSI has confirmed that they will be launching new X570S UNIFY, TOMAHAWK, CARBON, and ACE series motherboards. On August 17th, the company will be revealing more exact information about each new design.

Since X570's original launch, WiFi 6 has become popularised, higher-speed USB connector types have become more readily available, and faster ethernet connectivity standards have become commonplace. Beyond that, AMD will be launching V-Cache enhanced Zen 3 processors sometime in the future, CPUs that will likely be launched on AMD's AM4 platform.

With new CPUs on the horizon and newer components on the market, motherboard manufacturers have many reasons to create X570S series motherboards. There's more to these new boards than passive X570 chipsets, though that feature alone will be a major draw for some customers. 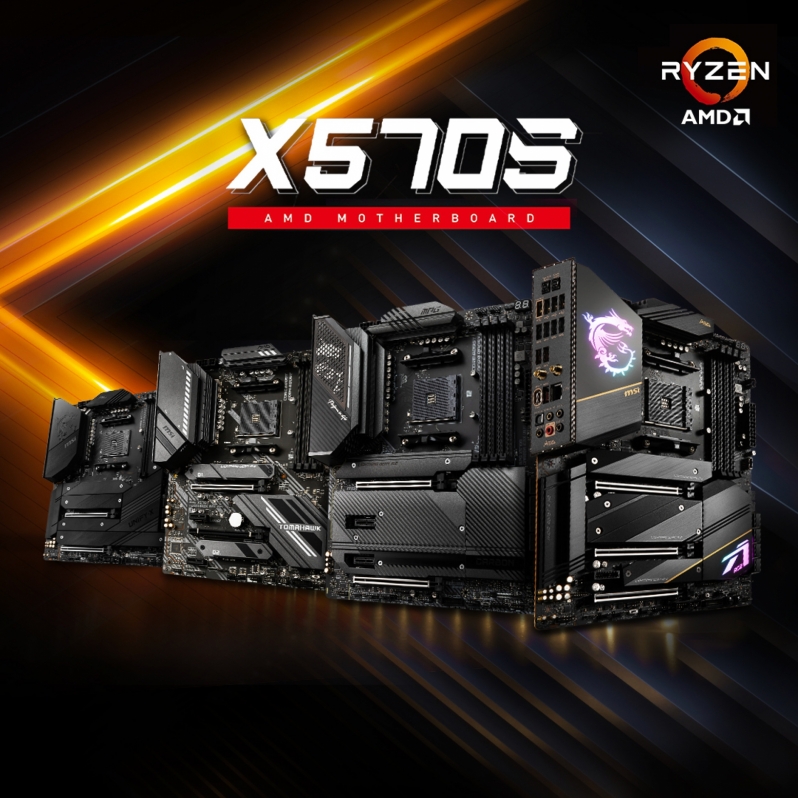 You can join the discussion on MSI's upcoming X570S motherboards on the OC3D Forums.