Noctua has already confirmed to us that LGA 2066 will be compatible with LGA 2011 coolers, with Intel deciding to use the same cooler mounting design as their existing LGA 2011 socket. This will allow older coolers and AIO Liquid coolers to be used with this new platform, making it very easy for users to transition to the latest Intel CPU platform.

With this new MSI design, we can also see that there is an 8-pin and a 4-pin CPU power connection, which will allow this motherboard to be fed over 140W of power. This is highly unusual for a mid-range gaming series motherboard, which suggests that some of Intel's rumoured i9 series of Skylake-X CPUs may have TDPs of over 140W. 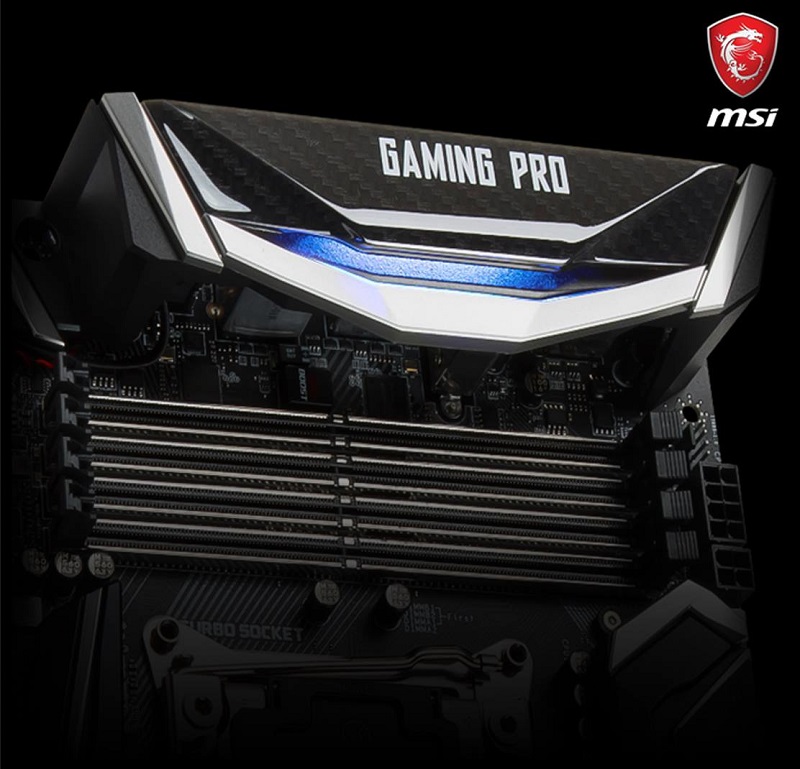 Intel is expected to announce their LGA 2066 Skylake-X platform at Computex 2017, which takes place between May 30th and June 3rd.

You can join the discussion on Intel's upcoming LGA 2066 X299 platform on the OC3D Forums.

Dawelio
And once again with these "Gaming" and "Gaming Pro" names... I mean seriously though, do people really think they do anything for gaming that a non "gaming" named motherboard doesn't?Quote

Darth.mader
Quote:
No, but the motherboard companies think they do.Quote

g0ggles1994
Quote:
"PC Master Race" do. Plus manufacturers know there are people who will buy one part over another because it has gaming written on it.Quote

Dawelio
Quote:
Then they'll have a hard time deciding which one, considering just how many products with "gaming" written on it lol.Quote

AlienALX
Ahh that's better, back to the tacky. Yup, this one's an MSI.Quote
Reply