Computex is coming and with it will come numerous hardware reveals. Right now it is expected that Intel will release their X299/Skylake-X series of CPUs and motherboards at the event, which means that we should soon be seeing a lot of new X299 motherboards.
MSI has not revealed what looks like an X299 motherboard, which comes with 4 reinforced PCIe 3.0 slots and 3 usable M.2 slots. At this time it is unknown how Skylake-X's PCIe bandwidth/resources will be utilised, though it is expected that all of these M.2 slots will be usable with 4x PCIe 3.0 bandwidth when used in a supported configuration.
This motherboard is clearly part of an HPDT (High-Performance Desktop) platform, as both Intel's Z270 and AMD's X370 motherboard chipsets do not have enough PCIe resources to support this kind of PCIe configuration. 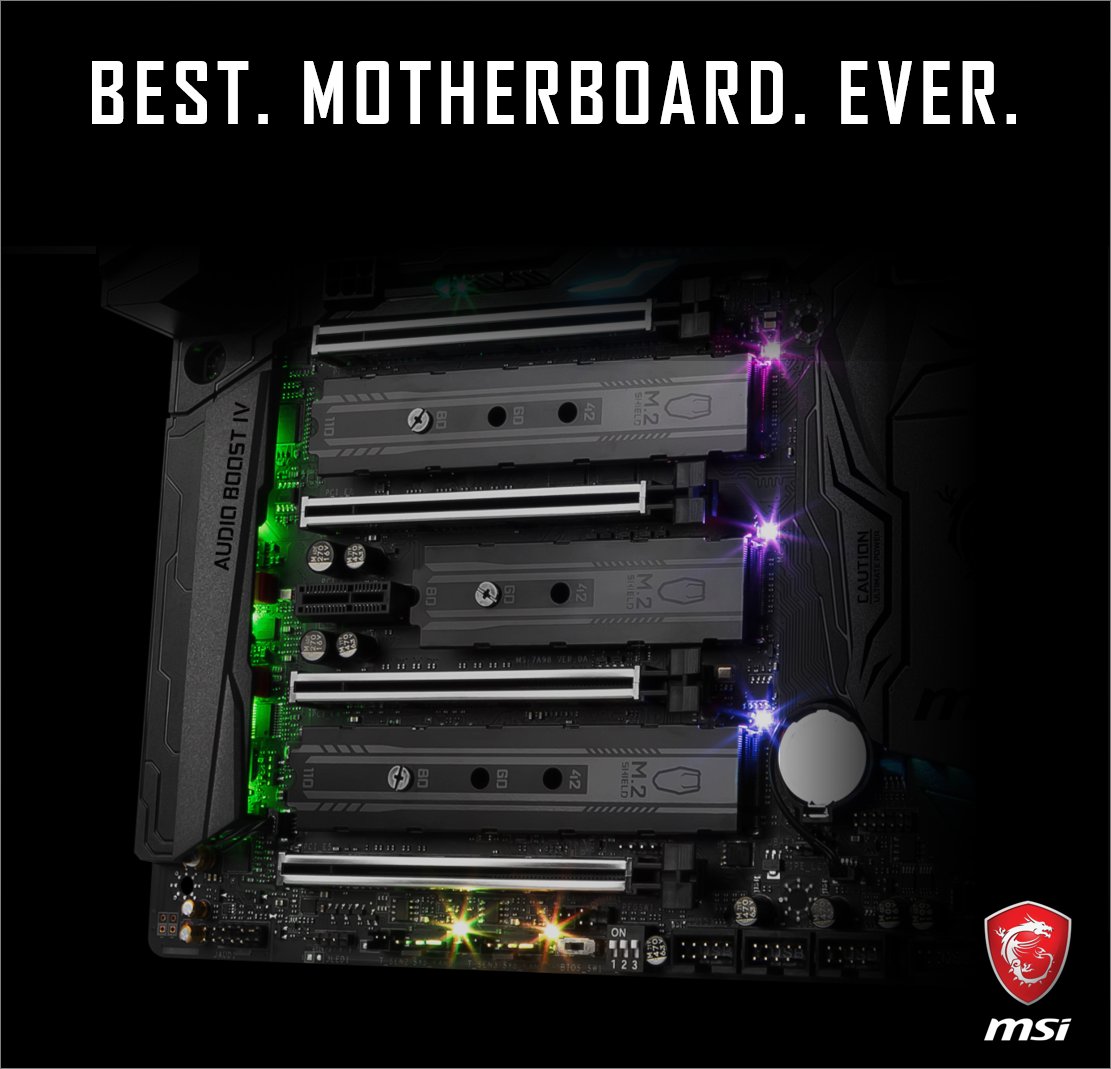 MSI calls this new the "ultimate" motherboard and says that it will "set new standards" with its feature set.

You can join the discussion on MSI's teased X299 motherboard on the OC3D Forums.

Special thanks to  The F34R Channel for bringing this news to our attention.

TheF34RChannel
You're welcome! Seeing 3x M.2 is quite exciting

it's a good looking board as well. Tom will have a busy spring/summer

steverebo
As much as I love a bit of lighting in a board this rgb madness is taking over. Just hope there are option to disable some of the lighting zonesQuote