The first generation of M.2 SSDs ran hot, so hot that many of them throttled under heavy loads. While this throttling was most common under standard benchmarking loads, they were exceptionally rare under day-to-day performance scenarios, though consumers cried out for M.2 cooling solutions regardless.
Enthusiast PC builders love to see their PCs running cool, safe in the knowledge that their PCs have no chance of overheating or thermal throttling, even during the summer. MSI has now announced their latest M.2 cooling solution, which integrates a large M.2 cooler into the chipset heatsink of your motherboard.
At this time it is unknown how this new heatsink functions, though we imagine that the heatsink is hinged on top of your motherboard chipset heatsink, as most end users would not feel comfortable removing their chipset heatsink every time they install a new M.2 device. 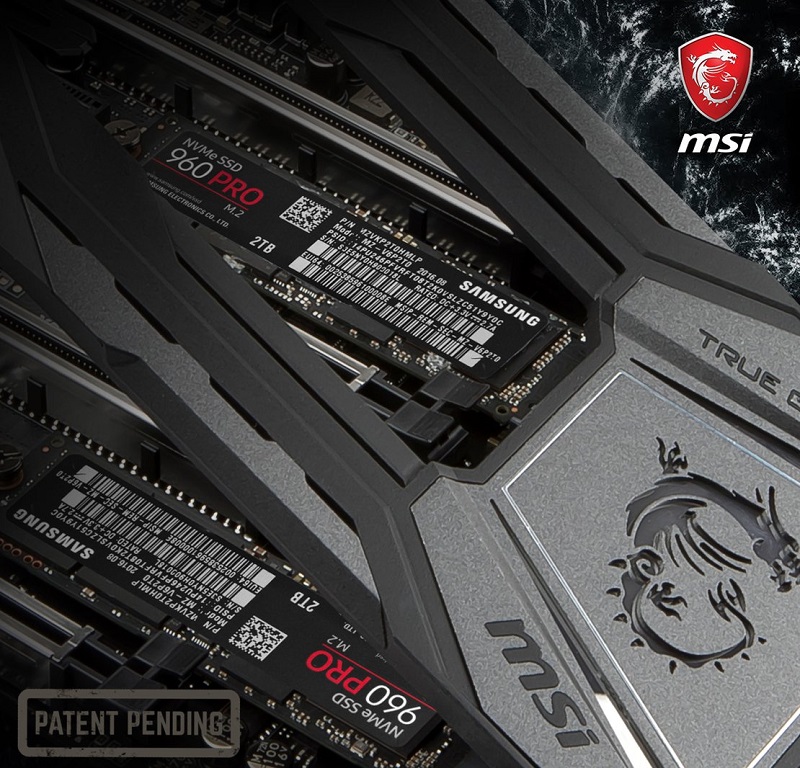 You can join the discussion on MSI's new M.2 cooling solution on the OC3D Forums.

AlienALX
That looks interesting, aside from the dragon of course.Quote