A Kaby Lake-X only motherboard this close to Coffee Lake?

MSI has today released their new X299M-A Pro motherboard, a MATX X299 offering that only features support for Intel's Kaby Lake-X series of CPUs.
With a price of around $170, this motherboard is designed to deliver everything an X299 motherboard can offer with a Kaby Lake-X CPU, lacking any of X299 extra features that are typically disabled when using a Kaby Lake-X CPU. This allows this motherboard to come in with an affordable price when compared to standard X299 motherboards, though this comes at the cost of Skylake-X support.
This motherboard will come with 4 DIMM slots, support for dual-channel memory, dual M.2 32Gbps devices and support for either a single PCIe 16x device or two PCIe 16x devices in an 8x/8x configuration. The third PCIe slot supports up to 4 PCIe lanes that are connected to X299's PCH, with the board also offering support for eight SATA 6 Gbps ports and two USB 3.1 ports on the rear I/O. 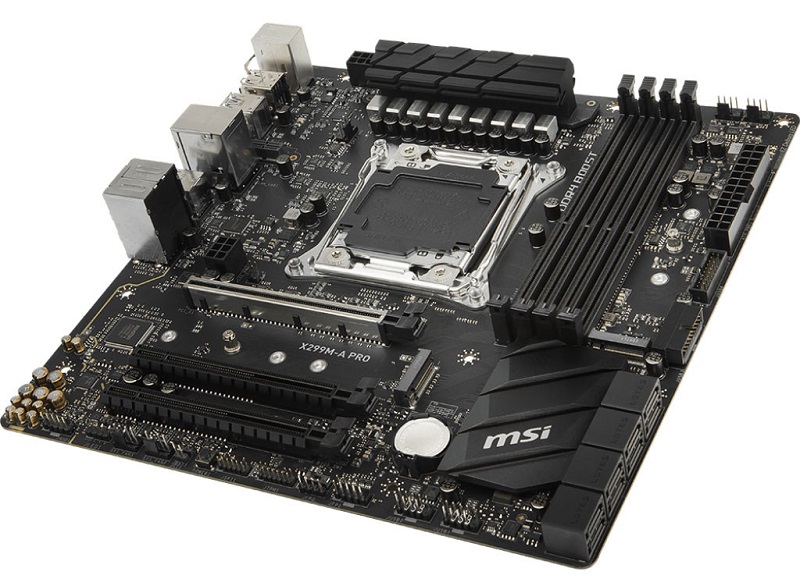 The big question about this motherboard that remains, what purpose does this motherboard serve in a world where Coffee Lake is about to launch and where Z270 already offers the same features and nigh-identical CPUs. It can be argued that Kaby Lake-X has the potential to overclock higher, though standard Kaby Lake-S also features an internal GPU and Intel's soon to be released Coffee Lake CPUs offer higher core counts.

It can be argued that Kaby Lake-X has the potential to overclock higher than Kaby Lake, though standard Kaby Lake-S CPUs also features an internal GPU (which can come in handy if a GPU dies) and Intel's soon to be released Coffee Lake CPUs will also offer higher core counts on a platform with similar specifications.

You can join the discussion on MSI's new X299M-A Pro MATX motherboard on the OC3D Forums.