MSI has announced a new game bundle for their several of their new Z370 Gaming series motherboards, one that is set to drive some system upgraders over to MSI this generation with a free copy of Project Cars 2, a game that retails on Steam for £44.99, with purchases from selected retailers.
This deal will be exclusive to purchasers in the UK at the following retailers, OcUK, SCAN, eBuyer, CCL, Novatech and Box. Users simply need to purchase a qualifying motherboard from any of these retailers and a Steam code will be delivered with their order. Below is a list of Z370 motherboard models that are eligible for this promotion.

This promotion will be active from October 20th to January 31st, which means that this bundle will remain active over the holiday season, which is great news for those who plan to upgrade their systems over Christmas. 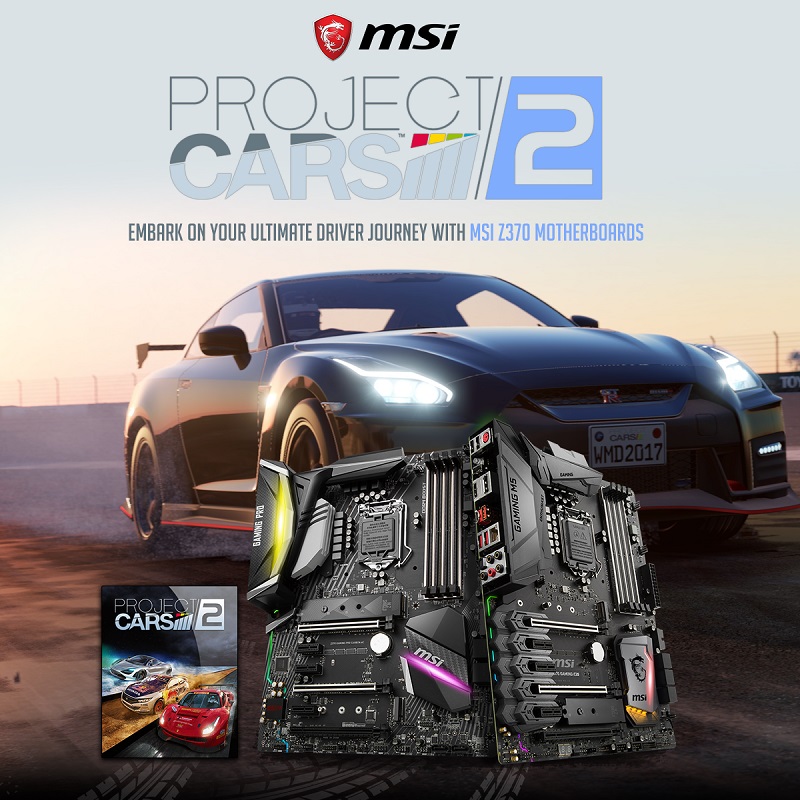 Those who are interested in Project Cars 2 can read our PC Performance Review for the Title here, which looks into the game's performance from both a CPU and a GPU perspective.

You can join the discussion on MSI's Z370 Project Cars 2 bundle on the OC3D Forums.