The Taiwanese overclocker, Toppc, has achieved world record breaking DDR4 memory speeds of 5.5GHz using G.Skill memory and an MSI motherboard.
This was achieved using Intel's latest X299 motherboard platform with a Kaby Lake-X i7 7740K CPU. The motherboard used was an MSI X299 Gaming Pro Carbon AC, with the memory being G.Skill memory which uses Samsung-made 8Gb memory ICs.
It has only been a year since the same overclocker, Toppc, first broke the 5GHz barrier using G.Skill memory and MSI's Z170I Gaming Pro AC, showcasing this overclocker's sheer tenacity when it comes to maintaining his world record memory overclocking title.
Tequila Huang, the Corporate Vice President of G.Skill had the following to say,

DDR4 5.5GHz has been our next target after we achieved DDR4 5GHz last year. We are extremely excited to finally make it happen together with Samsung components, MSI X299 motherboard, and Intel Core X-series processor,

We are seeing amazing overclocking potential for these newly released hardware and we believe that more overclocking benchmark records will be achieved very soon by professional overclockers worldwide. 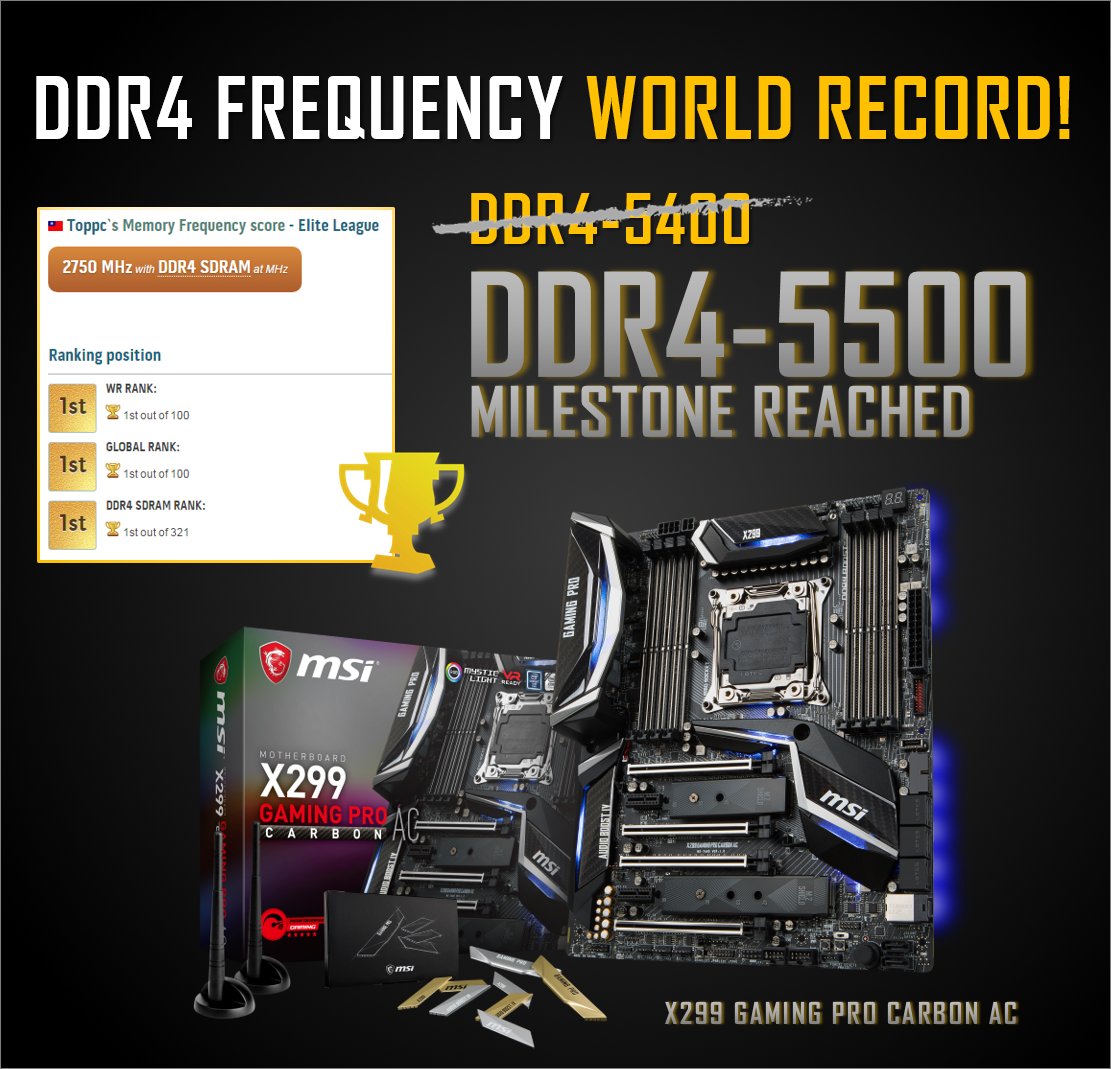 At Computex 2017 G.Skill recently announced new 4800MHz Trident-Z memory kits, which are memory speeds that were previously only available to memory overclocking gurus like Toppc.

You can join the discussion on Toppc's new DDR4 overclocking world record on the OC3D Forums.

TheF34RChannel
If you want the best RAM, even if not extremely overclocking, G.Skill is it - and has been for a long time now.Quote