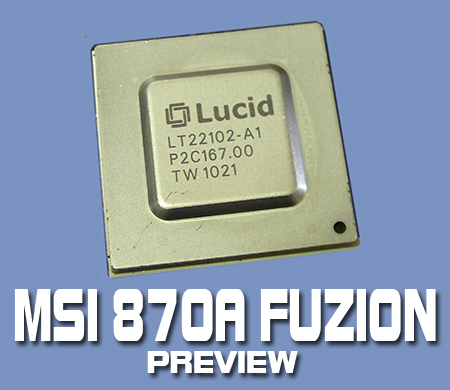 We know that as much as there are die-hard fans of nVidia or ATI, there are also fans of Intel and AMD. AMD especially has a loyal user-base thanks to their continued evolution rather than revolution policy, meaning that you can get exceptional mileage out of limited hardware upgrades.

In these times of tighter belts it's always good to upgrade as little as possible and therefore save yourself what few spare pennies there are. Enter the MSI 870A Fuzion Power Edition motherboard. A rather lengthy title, but one that offers a lot of power for your pound. 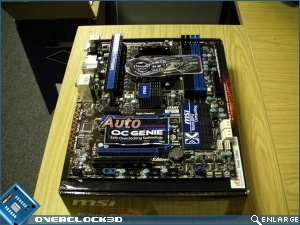 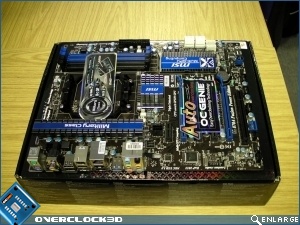 The 870A comes with MSI's "Military Class" label, which means that Hi-c CAP, Solid CAP, and Icy Choke are all key features. Anyone who has over-clocked on a board without a decent power phase will tell you how vital it is, and so the inclusion of these high quality parts that can withstand extended high-temperature use is a definite plus point. 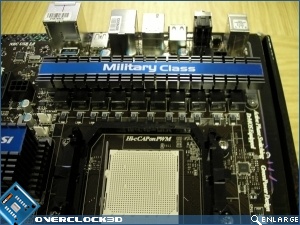 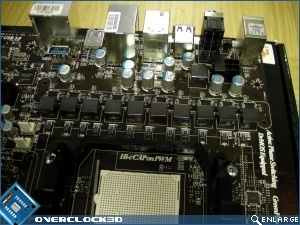 At the "business" corner of the 870A we have the push-button OC Genie system that we rate so highly. It's far and away the best auto-overclock system available. We also have the upgraded chipset with a SB850 southbridge allowing integrated SATA3 6Gbps ports.

When we recently reviewed the P55A Fuzion with a Lucid chip on-board we found it really was all things to all men. The ability to, at minimum, use an old nVidia GPU as PhysX whilst using a modern ATI for the graphics is a boon. It also scales fantastically so anything from a couple of cards out of your cupboard, to a HD5890 and GTX480 setup, will be used to its fullest. 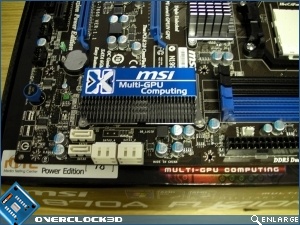 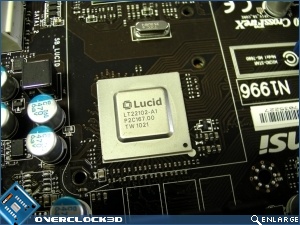 So if you're somebody with a AM3 chip and just gagging to get all of the bells and whistles that Intel guys have been enjoying, this definitely has the potential to be the motherboard of choice. 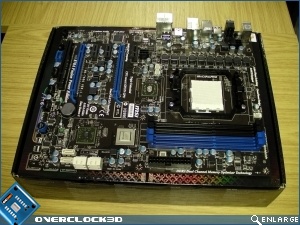 Keep an eye on OC3D for a full review coming soon. Discuss in our forums.

alienware
Ooo one from the red corner

It looks better than the P55 IMO. The P55 had those sexy blue bits but then had a silver southbridge cooler that looked a bit 'whacked on' and out of place.

Wow ! this sucker is cheap as chips !

tinytomlogan
Quote:
Could work out to be the answer to all your problems!Quote

alienware
Hopefully this Asus number will do that, but yeah, very nice board. Only snag is I would need to update to DDR3, which for the extra monies I would want the CHIV

VonBlade
Quote:
Never know. The MSI might surprise you