Expect to see a lot from AMD on January 9th

On January 9th AMD's CEO will host one of CES 2019's premiere keynotes, where the company plans to discuss the "world’s first 7nm high-performance CPUs and GPUs" amongst other topics.

In a recent interview with the Consumer Technology Association, AMD's CEO, Lisa Su, confirmed that the company will have some "exciting announcements" at the event, confirming that they will discuss "next-generation products". On top of that, AMD also plans to discuss how the "deep partnerships" have allowed the pace of innovation to accelerate, though at this time it remains unclear what this means.

2019 is set to be a strong year for AMD on the technological side, with the company moving to TSMC's 7nm manufacturing process for future CPUs and GPUs as well as to their new Zen 2 and Navi architectures on the CPU and GPU markets. These upgrades will work hand-in-hand to offer AMD's customers more performance and increased power efficiency, both of which are factors that will help AMD grow as a company.

AMD is expected to focus on 7nm at CES, discussing their planned Zen 2 EPYC processors and how leading-edge process nodes will benefit AMD's future products. At this time it is unknown whether or not AMD plans to announce any new consumer-grade products or hardware/development plans at the event. 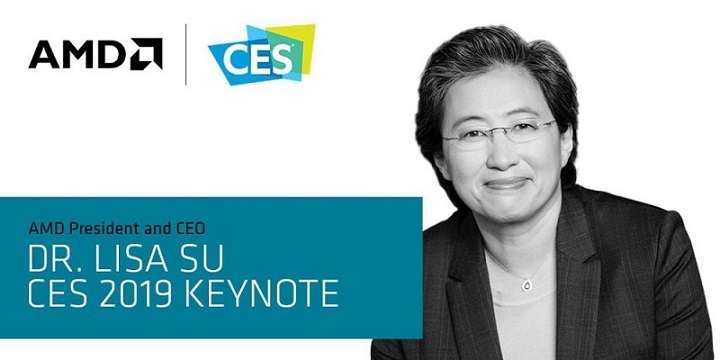 You can join the discussion on AMD's plans to discuss "next-generation" products at CES 2019 on the OC3D Forums.

AlienALX
woop woop there's a party over there, y'all gon make me lose ma mind, up in here, up in here !!Quote

Dicehunter
Cool, I'm hoping I can keep my mobo when they bring their top end AM4 chips out.Quote

RobM
I am hoping they pull something remarkable out of the proverbial hat with graphics.
Would love to see them compete at the top end again.Quote

WillSK
Let's hope for something that will reignite the competitionQuote
Reply