10-core processors are coming to LGA1200

Intel's next-generation of Core Desktop processors are reportedly due to launch later this month, bringing 5GHz+ clock speeds to Intel's desktop platforms and up to 10 total CPU cores.

Z490 is set to become Intel's next-generation enthusiast motherboard platform, and El Chapazas Informatico has reported that the review embargo for Comet Lake-S and Z490 is on April 30th. 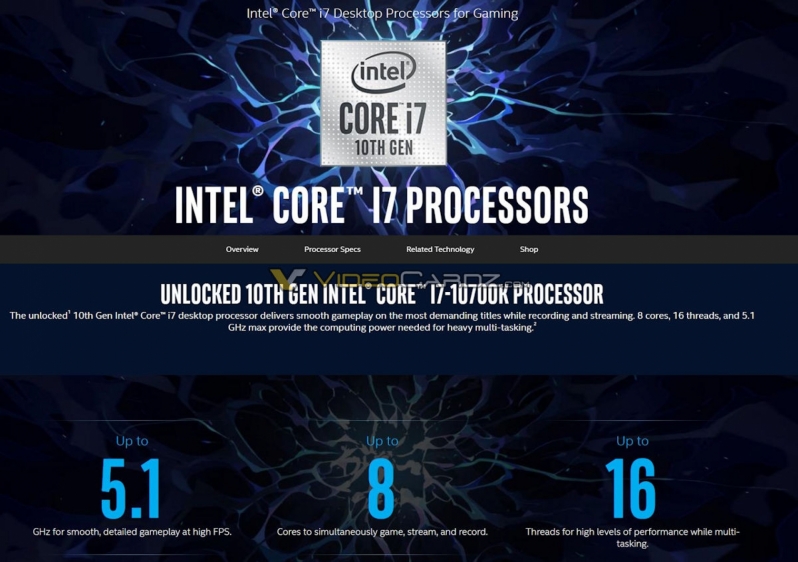 You can join the discussion on Intel's Comet Lake-S desktop leaks on the OC3D Forums.

66racer
Depending on price, that is a nice looking lineup...but it is Intel so I do not think they will try to be the value player.Quote

AngryGoldfish
Quote:
I don't think Intel can price these competitively without losing money. Still, they should be good processors.Quote

Damien c
Meh just ordered a 3950X this morning, I am pretty much done with Intel.Quote

AlienALX
Quote:
Oo nice ! make sure to update the purchases thread or your thread

The only thing I can see happening with this release is that the 8 core CPUs that are the best for gaming get cheaper. However, this is Intel and unlike AMD they are not known for cutting prices on older gen hardware.

demonking
I wonder if those TDP are done at base speed? I've 990ok's without any OC using over 200W. there is no way 2 more cores and a speed bump is going to be anywhere near these numbers unless skylake has been that refined?Quote
Reply