Zen 3 delivers excellent performance in Ashes of the Singularity

AMD's Zen 3 processors are due to be revealed within the next two weeks, bringing with it a generational leap in performance and architectural enhancements which will address many of the perceived downsides of AMD's current Ryzen lineup.

Today, thanks to @TUM_APISAK, we have leaked benchmarking data for AMD's upcoming Ryzen 7 5800X, a new processor which offers gamers a substantial leap in gaming performance over today's Ryzen 7 3800X within Ashes of the Singularity's benchmark mode.

Below, we have charted the benchmark results for AMD's Ryzen 7 3800X, Intel's i9-10900K and AMD's leaked Ryzen 7 5800X. If the data below is legitimate and is indicative of other gaming benchmarks, Zen 3 will be a game-changing architecture for AMD. AMD could take the gaming crown from Intel, placing the blue team in a terrible position.

At this time, the clock speeds of AMD's Zen 3 processors are unknown. However, the performance gains through Zen 3 are likely to come through architectural shifts from AMD, such as decreased inter-core latencies and increased performance per clock cycle, as well as higher clock speeds.

AMD's Zen 3 processors will continue to use the company's AM4 socket, which will allow existing motherboards to support Ryzen 5000 series processors. However, AMD's exact support plans for AM4 are unknown, though Zen 3 support for 400-series and 500-series motherboards is expected.

AMD's Ryzen 7 5800X is due to offer gamers eight cores and sixteen threads, with higher-end Ryzen 9 5900X and Ryzen 9 5950X processors offering gamers 12 cores and 16 cores respectively. Right now, AMD is due to reveal Zen 3 on October 8th during a special event. 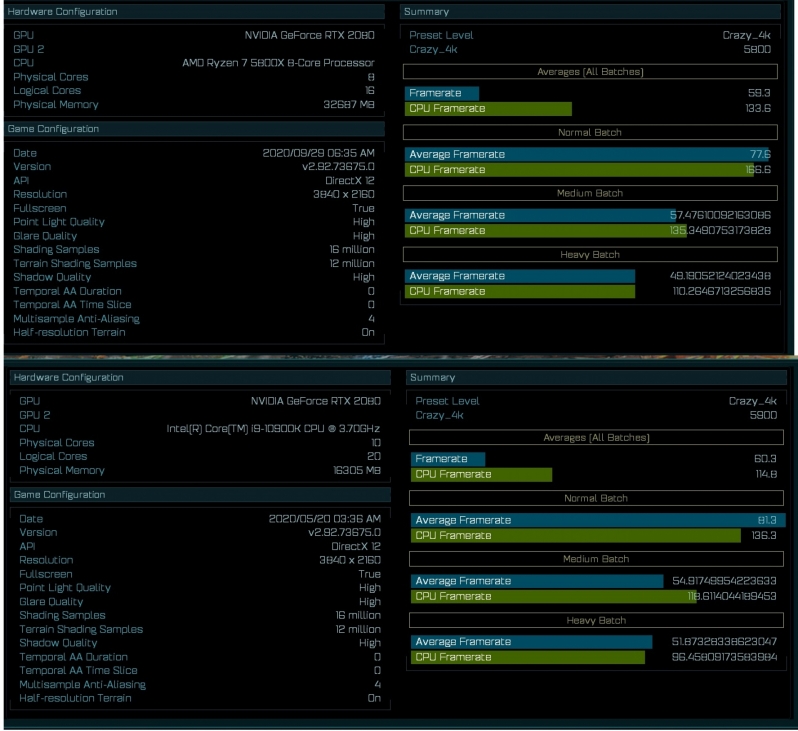 You can join the discussion on AMD's leaked Ryzen 9 5800X benchmarks on the OC3D Forums.

KingNosser
I'd expect this to be pretty clear if true Intel are not going to enjoy this one bit.Quote

Warchild
This could be my step towards AMD since probably my pre 2500k days. For the first time in a long time, Im pleasantly excited towards a CPU launch from the ZEN creators

Warchild
Quote:
im on a 7700k, but its the motherboard I will miss more :SQuote

looz
I actually like that the thread count stays. Shows that the gains probably translate very well to real world.Quote
Reply