We all know that AMD's Ryzen Second Generation CPUs are coming, with AMD themselves announced an April release date at CES 2018. Now the release of AMD's Ryzen 2000 series is close at hand, though it seems that Russian retailers have jumped the gun and have started selling AMD's latest processors early.

Members of the overclockers.ru forums have already shared some of their findings, revealing improvements to both cache and memory latency for AMD's Ryzen 2000 series processors. In our AMD Raven Ridge R3 2200G and R5 2400G review, we have already detailed improvements to AMD's cache latency, though it looks like Ryzen 2nd Generation processors go a step beyond that. 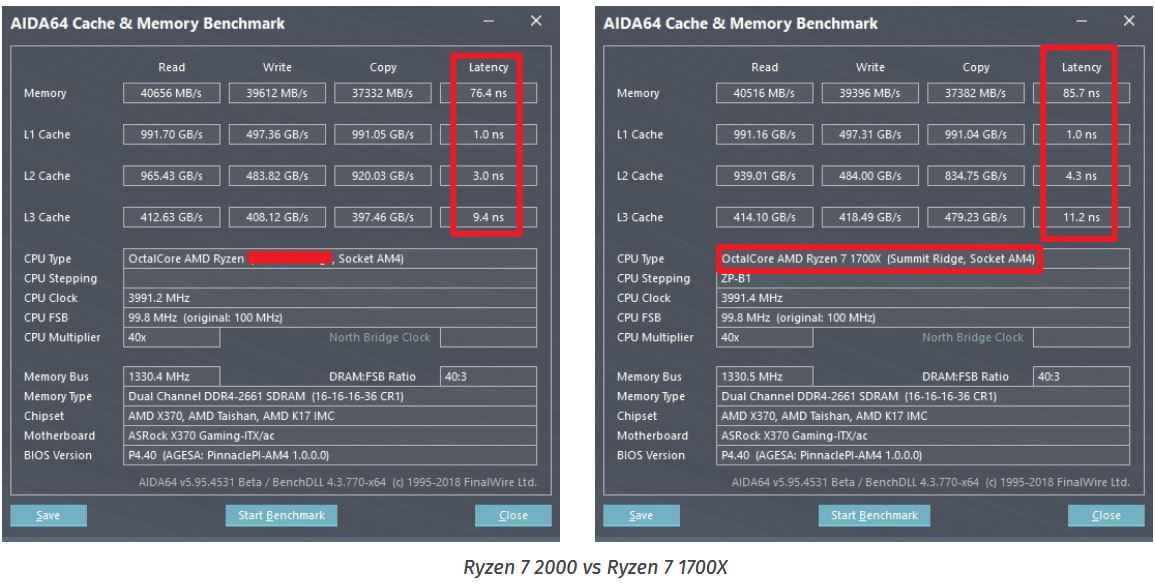 These results from the overclockers.ru forums back up the data from SiSoftware's early Ryzen 7 2700X and Ryzen 5 2600 review, which was quickly taken down, likely at the request of AMD. We have archived most of SiSoftware's data, which also details a reduction in inter-CCX latencies.

You can join the discussion on these leaked Russian Ryzen 2nd Generation benchmarks on the OC3D Forums.