In a new blog post on Medium, Intel's VP and GM of Client Computing Group Desktop, Workstations and Gaming, John Bonini, has confirmed that the company's next-generation desktop processors will launch in Q1 2021. These processors are codenamed "Rocket Lake."

Rocket Lake will succeed today's 10th Generation Comet Lake series and ship with support for PCIe 4.0. This will be a first for Intel processors, allowing the company to benefit from today's fastest SSD, such as Samsung's 980 Pro. New graphics cards such as Nvidia's Ampere RTX 30 series and AMD's existing RDNA product already support PCIe 4.0 connectivity, making now the perfect time for Intel to jump onto the standard.

Below is what Intel's John Bonini has to say about Rocket Lake.

Our 10th Gen Intel Core processors continue to provide excellent performance and a stable platform for even the most demanding games. Ultimately, I believe there’s a great 10th Gen option that addresses the needs for every type of gamer – from casual players, to the most dedicated and passionate enthusiasts.

Though as you’d expect, we’re constantly looking ahead at what’s next and how we can make our desktop CPUs even better. With that said, I’m also happy to confirm that the next generation 11th Gen Intel Core desktop processors (codenamed “Rocket Lake”) is coming in the first quarter of 2021 and will provide support for PCIe 4.0. It’ll be another fantastic processor for gaming, and we’re excited to disclose more details in the near future. There’s a lot more to come, so stay tuned!

In recent history, Intel has worked to help optimise games like A Total War Saga: Troy, Marvel's Avengers, Microsoft Flight Simulator and Gears Tactics. These partnerships are also moving into the realms of GPU optimisation, paving the way towards Intel's entry into the discrete GPU market.

Gaming is in Intel’s DNA. From the Intel Pentium processors in the 90s, to Core 2 Duos in the mid-2000s, to the current mainstream 10th Gen Intel Core S-Series desktop processors, Intel has proudly provided enthusiast gamers the hardware to enable bleeding-edge PC gaming performance. To that end, I want to show you where we are – and where we’re going – on our journey together to make the PC the best place to play.

We have the privilege of working with world-class developers and publishers on the latest and greatest games. We start early in the development cycle to help them optimize performance, develop new features and ensure stability before release. But our partnerships – in the US exemplified by our work with Epic to optimize gameplay on Intel technology for Unreal Engine-based titles, our decade-long collaboration with IO Interactive A/S on Hitman and Creative Assembly on the Total War series, or globally with developers like iQiyi, Huya, Bandai Namco, Ubisoft, Sega, Joyy, etc. – are more than just enabling for launch. We work closely with game engineers after launch to continually tune the experience, and make it as fluid and stable as possible.

We are excited about how hardware helps bring amazing software titles to life. Our work with OEMs creates a hardware environment where game developers and publishers can deliver the immersive experiences that they intend. We like to be in the digital trenches with game developers to help them squeeze as much performance out of the hardware as possible so what you see on screen is as faithful to their vision as possible. Here are a few additional examples of that work for recent titles:

• Microsoft Flight Simulator 2020 – helped implement Software Masked Occlusion Culling, efficiently rendering only the pixels, and the objects they make, that are visible to the player. Worked on significant optimizations to improve performance on integrated graphics solutions like 11th Gen “Tiger Lake”.

• A Total War Saga: Troy – worked with Creative Assembly to optimize gameplay and realism with the high frequency and core counts available on 10th Intel® Core™ processors to give the game’s environmental effects (e.g. the grass and water systems) more depth and complexity. 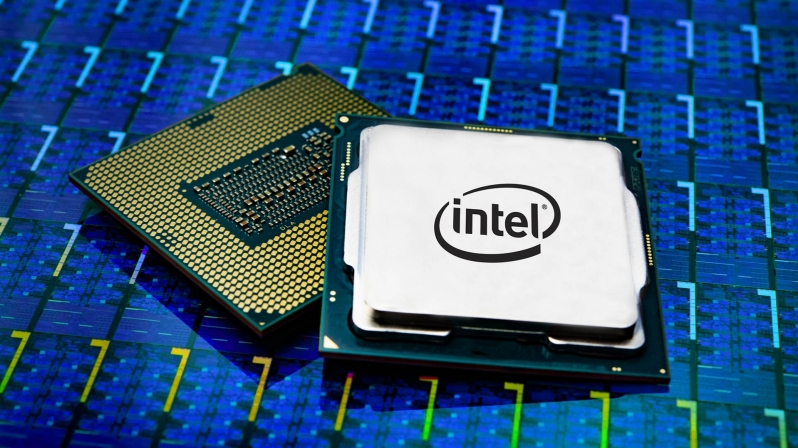 With the release of Intel's Z490 chipset, most of Intel's motherboard partners announced that the majority of their Z490 models were designed with PCIe 4.0 in mind. These manufacturers alleged that Intel's Z490 motherboards would support PCIe 4.0 with future LGA 1200 processors, a series of processors which were rumoured to be called Rocket Lake.

Intel's Rocket Lake processors are due to release in early 2021 and support today's 400-series LGA-1200 motherboards. However, these motherboards will likely require a BIOS update to support Intel's next-generation processors fully.

AMD is due to reveal their Zen 3 lineup of Ryzen processors tomorrow. These processors are due to deliver increases in single-threaded CPU performance and to ship with architectural enhancements which will be hugely beneficial for gaming workloads.

By discussing Rocket Lake's availability today, Intel is confirming to gamers that stronger processors are coming. The question now is how they will compare to with AMD's Zen 3 offerings.

You can join the discussion on Intel's Rocket Lake plans and game optimisation efforts on the OC3D Forums.

Warchild
did I comment too soon or did you miss the hyperlink to the story intself?Quote

WYP
Quote:
This was embargoed information, so I had a lot of social media stuff to put up.

The links are there now.Quote

WYP
Quote:
I don't know. Zen 3 could smash Comet Lake in gaming but still not be enough to beat Rocket Lake.

It really depends on what Rocket Lake has to offer for gamers and how Zen 3 improves AMD's gaming performance.Quote

Dicehunter
Quote:
Depends if AMD can get those clocks up, While AMD does have higher IPC than Intel since I think Zen+ 2000 series, The clocks are their weakness which is why AMD lose out at 1080P, Quite heavily sometimes, 1440P and up don't seem to be an issue due to being more GPU dependant resolutions, If they can get the clocks up around the 4.50GHz area on all cores locked in all the time then they'll be onto a winner.Quote
Reply