At AMD's "Meet the Experts" webinar, it was revealed that pre-orders for AMD's Threadripper hardware will start on July 27th, with CPUs officially coming to market on August 10th.
This high-end desktop platform will support AMD's upcoming 12-core and 16-core Ryzen processors and offer users the ability to use up to 64 lanes of PCIe bandwidth, making this motherboard perfect for a multi-GPU compute setup, even when using multiple M.2 NVMe SSDs.
At this time the pricing structure for X399 motherboard is unknown, though they are expected to be priced similarly to their X299 equivalents, though AMD's colossal TR4 socket could add to the price significantly. 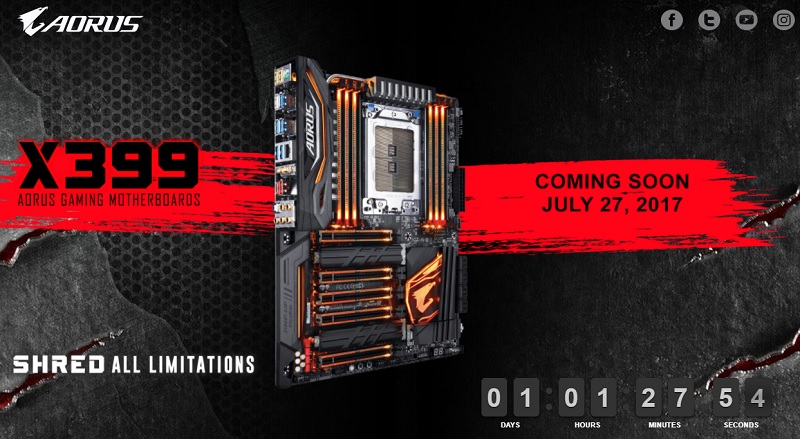 Expect to hear more about Threadripper's motherboard pricing over the coming days.

You can join the discussion on AMD's X399 platform on the OC3D Forums.

NeverBackDown
I still cannot believe that socket is sooooooooo large. 50% of the board is gone

Excalabur50
Quote:
ITX hahaha sorry we can only fit one stick of ram and you have to plug your gpu in via ribbon cable.............Quote

NeverBackDown
Quote:
I doubt we will get those boards

If we do, I expect to see a lot of riser's being used like how Asus used to have that for mosfetsQuote

Gothmoth
i am excited for AMD.

as a decade long "intel only" user i would have not thought i build myself an AMD system in 2017. and now i will maybe even build a second one around christmas.

i was going for x299 but hell has intels disappointed me.
cutting pci lanes, TIM, heat issues, 1000$ for decent number of PCI lanes... no thanks.
x299 is an enthusiast plattform so don´t cripple the usefulness by cutting pci lanes down.

i give the system a few month to mature and then i may replace my second system with a threadripper.Quote
Reply