Here are the specifications and prices of Intel's 9000-series processors

These next-generation processors make use of Intel's 14nm++ manufacturing technology, offering more cores and higher frequencies than their last-generation counterparts, all while maintaining similar TDP values. In the case of the i9-9900K, Intel promises to deliver 5GHz clocks speeds out of the box, something which cannot be achieved on their last-generation i7-8700K, despite its similar TDP envelope and its lower core/thread count. 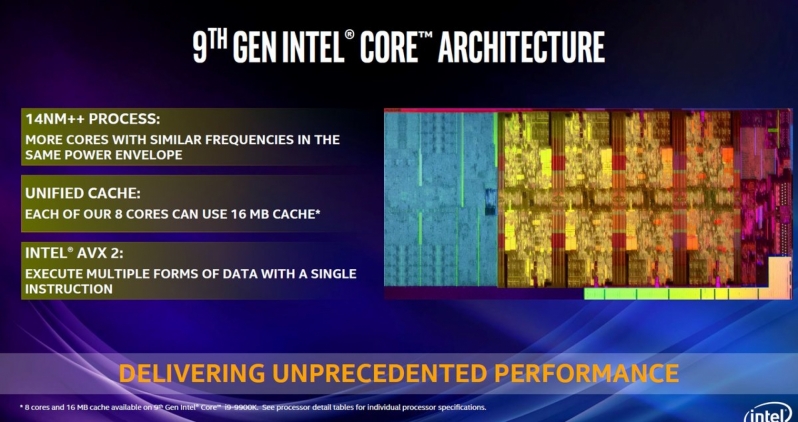 With their i9-9900K Intel promised clock speeds of up to 5GHz and a base clocks speed of 3.6GHz, the processor support dual-channel 2666MHz DDR4 memory out of the box, but offers support for overclocking when combined with unlocked chipsets like Z390.

At launch, all of Intel's 9th Generation processors will ship with an unlocked multiplier as K-series components, though some later additions to the 9000 series lineup will undoubtedly lack this feature.

Unlike Intel's previous Coffee Lake series products, Intel has decided to move back to "Solder Thermal Interface Material" (STIM) for their desktop series processors, something which was missing from the company's desktop lineup since Sandy Bridge.  Intel also lists that these processors support up to 40 platform PCIe lanes, which is unchanged from Intel's 8th Generation components. 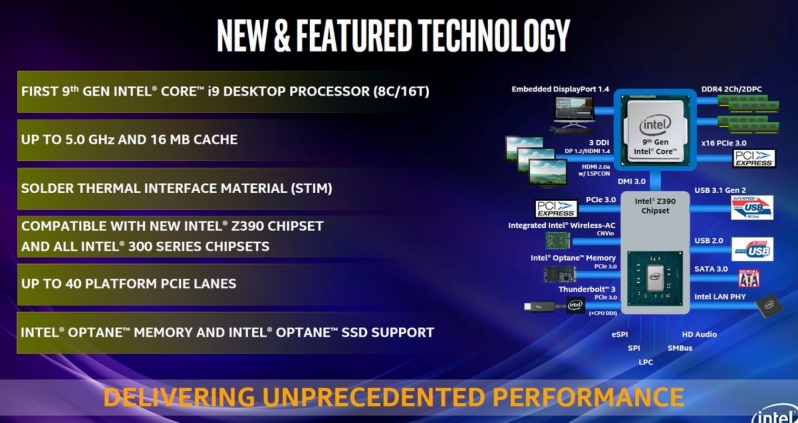 Below are the specifications for Intel's new i5-9600K processors, i7-9700K processor and i9-9900K processor. Only the i9 offers 5GHz clock speeds out of the box and delivers a core count of eight while also providing support for hyperthreading. 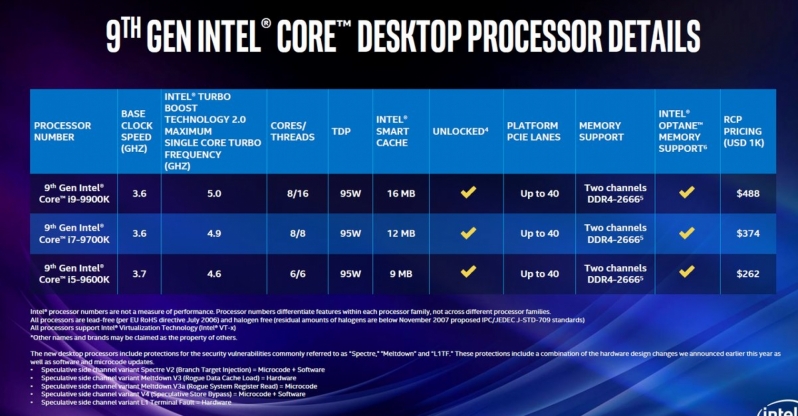 You can join the discussion on Intel's 9th Generation of Core processors on the OC3D Forums.

Dawelio
I think you missed some in this sentence, no?:

Dicehunter
9900K is priced at £599, I laughed a little when I saw the price, Intel are having a laugh with UK pricing.

Darkdayzzz
And here I sit reading this and while I am impressed I'd still go first gen Threadripper if I wanted to upgrade.

But I'll happily game and use my i7-4790k for a good bit longer since even the 8700k doesn't offer me enough to upgrade...and this i9 stuff is a bit to rich for me (again for that money I'd go threadripper).Quote