The world renowned overclocker der8auer has confirmed that Intel's upcoming Skylake-X and Kaby Lake-X CPUs will not be using a soldered IHS, a first for an Intel High-end desktop (HEDT)  platform.
This presents a number of issues, the largest of which being the thermal performance of these new CPUs, especially when overclocked. It is already well known that non-soldered Intel CPUs can have huge thermal benefits when running with an aftermarket thermal interface material, creating the modern craze known as delidding for Intel CPUs.
With Skylake-X and Kaby Lake-X, Intel has decided to use a thermal compound/thermal interface material (TIM) to transfer heat from the CPU to the CPU's integrated heat spreader (IHS), allowing Intel to save time and money when manufacturing these new CPUs.

The problems that arise from using non-soldered CPUs occur because the TIM used by Intel will not have the same thermal conductivity as a directly soldered CPU, which will cause Intel's CPUs to run hotter, especially when overclocked. 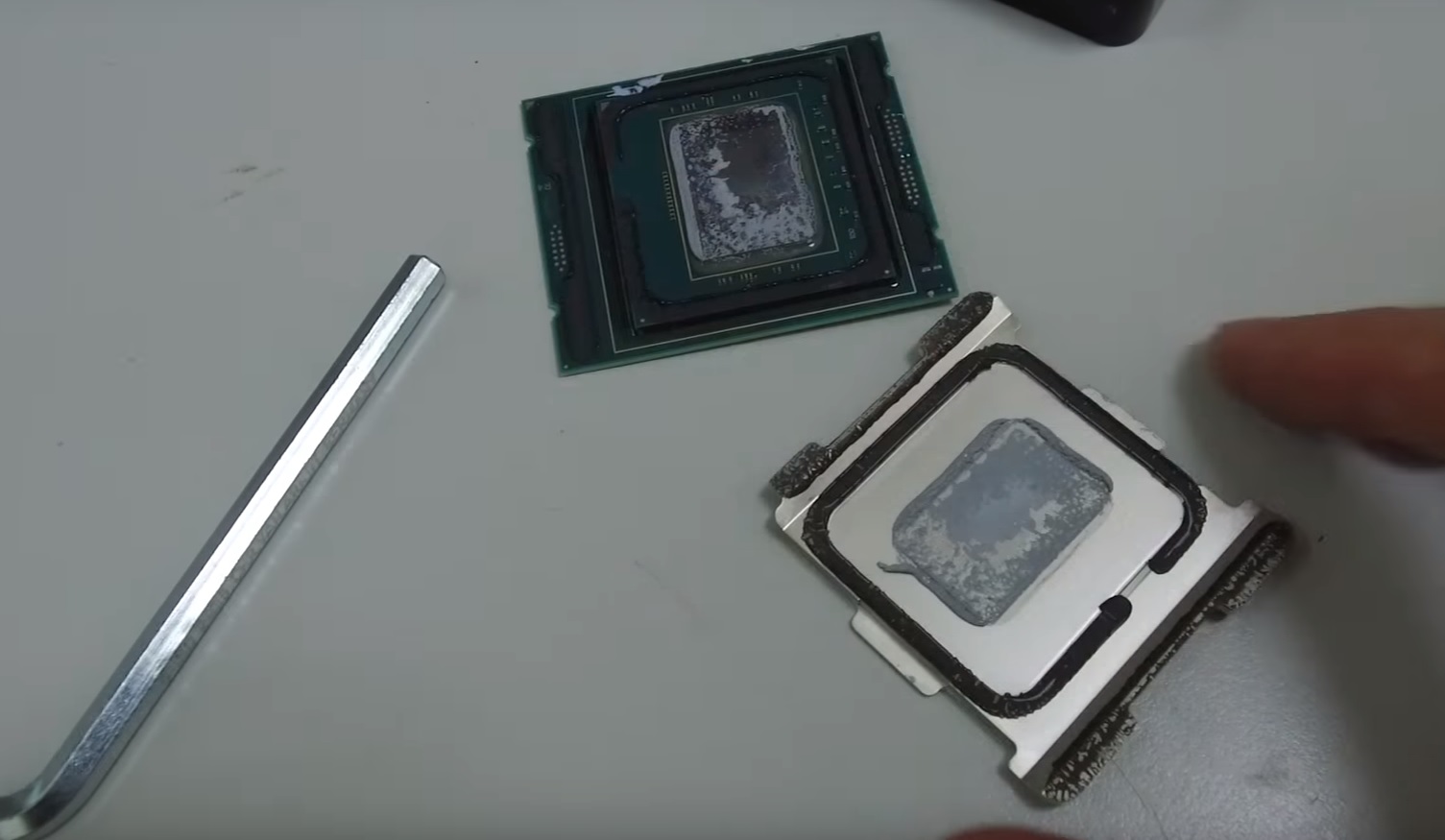 This is the first time that Intel has not soldered their high-end desktop CPUs, a move which will no doubt force overclockers to delid their "premium" CPU in order to achieve the same thermal efficiency as Intel's last generation hardware. This move will no doubt be seen negatively by PC enthusiasts, especially after they learn how expensive a proper delidding tool can be.

You can join the discussion on Intel's Skylake-X and Kaby Lake-X CPUs being unsoldered on the OC3D Forums.

Damien c
WOW so these are probably going to run hot and need the warranty voiding in order to get decent temps on them.

Not to mention it's probably going to cost you £50 to £75 on top of the price of the cpu for the tool and some Coollaboratory Liquid Pro and something to cover the components under, the IHS to stop the Liquid Pro from causing issues if it leaks of the die.

After I de-lidded my old 4790K I knocked around 20c of the hottest core, and whilst I have not done it with my 6700K, I do get tempted but currently I don't have a need to overclock my cpu, but when I do then I will de-lid it.Quote

tolagarf
There goes the dream lol! That was the ONLY reason I wanted one of those CPU's! Damnit Intel why you do this douchebaggery... Now I might as well just stick with an i7 7700K or get the i9 7800X

Edit: I didn't even notice that Skylake-X isn't soldered as well, even though so far still a rumor. Looking forward to the reviews on the 12thQuote

TheF34RChannel
Probably isn't like a sample batch with the retail being soldered, is it?Quote

WYP
Quote:
Unlikely, De8auer works with ASUS and is making a tool specifically for Skylake-X delidding.Quote