Rumour has it that Intel plans to launch their Rocket Lake-S series of processors on March 15th, bringing with it Intel's first major desktop core redesign of the past half-decade.

While Intel's launch is expected to be on March 15th, general availability for Intel's Rocket Lake products is not expected until early April, as reported by Videocardz. On March 15th, Intel is due to discuss the performance of their new 11th generation processors and what advantages they bring to the table over their competitor's products.

Intel will be fighting an uphill battle, as AMD's Zen 3 architecture is powerful. Intel will need to convince buyers that their CPUs are worthwhile, even when AMD's AM4 platform can support CPUs with two times as many cores. Intel's i9-11900K will feature eight cores, while AMD's Ryzen 9 5950X will feature sixteen. 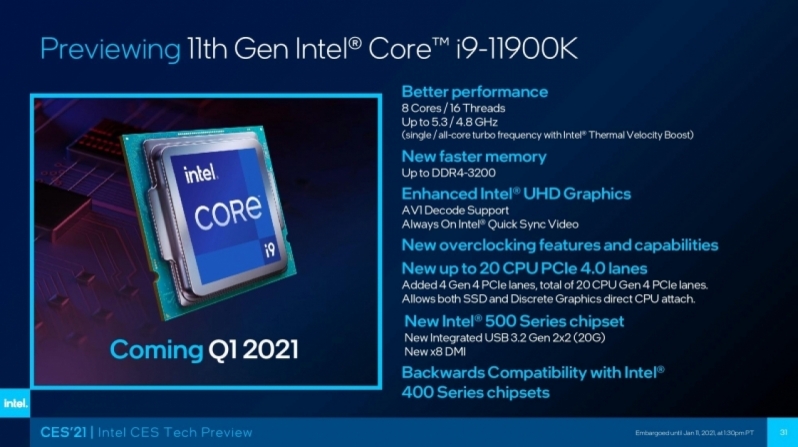 You can join the discussion on Intel's 11th Gen Rocket Lake processors reportedly launching on March 15th on the OC3D Forums.