4 more cores to compete with Threadripper

Images of this processor on benchmarking apps and on CPU-Z have appeared over on Chiphell, with Computerbase adding validity to these rumours by confirming that motherboard manufacturers were discussing 22-core processors at CES 2020.

Intel's rumoured i9-10990XE will feature a CPU boost clock speed that can reach as high as 5GHz. At this time the processor's TDP has been listed as 380W, though this is unconfirmed.

While Intel has not confirmed any plans to release higher core count processors on its X299 platform, it is clear that motherboard manufacturers want to see higher-core count Intel processors in 2020. Releasing a 22-core Cascade Lake processor in X299 will give existing X299 users an upgrade path and today's customers more reasons to consider Intel's X299 platform over AMD's TRX40 socket. 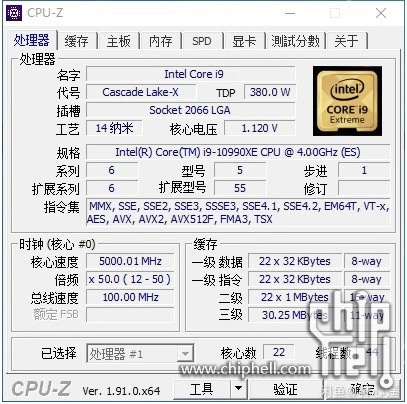 While a Cinebench score for Intel's rumoured 22-core processor has been released, it is worth noting that Cinebench results are notoriously easy to fabricate. This gives today's i9-10990XE rumours little reason to be taken seriously, at least outside of the CES murmuring from motherboard manufacturers over at Computerbase. 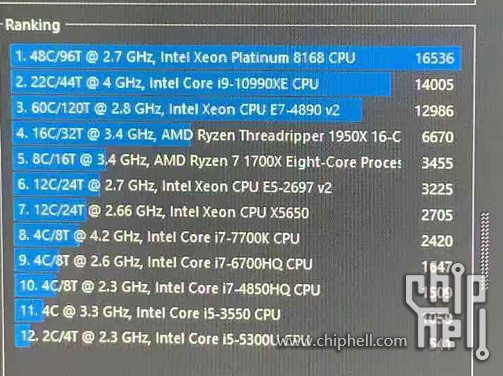 You can join the discussion on Intel's rumoured 22-core i9-10990XE processor on the OC3D Forums.

Yes, this combats the 64 core nicely.Quote

Dark NighT
If this is true and gets to market for say, 1300 or 1400 dollar, it would still be 2 cores short, run on 14nm+++++ and would have no value because the socket is prettymuch dead at this point.


This doesn't combat Threadripper, its just a cherry on top of the cake for AMD.Quote