The Greek overclocker Sofos1990 has been able to successfully overclock his Intel i9 7900X to 6.01GHz, a world record overclock for this CPU, which has also achieved several world records for several 10-core CPU benchmarks.
This CPU has achieved a score of 12189.52 in HWBOT's PRIME benchmark, making this CPU the fastest 10-core CPU in the world (at least in this test). This score also makes SOFOS1990's i9 the fasted single-CPU system in this particular benchmark.
To achieve this colossal overclock LN2 cooling was required as well as an insane vCore Voltage of 1.6V, which would be able to fry most systems when using traditional cooling methods. 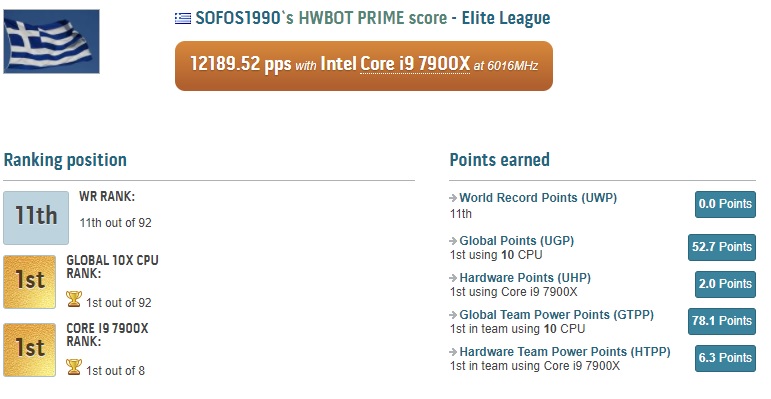 The memory used in this system was a set of G.Skill Trident Z memory, which was clocked to 3263MHz, with a 120GB Corsair Neutron SSD for storage and a Corsair 1500i power supply. 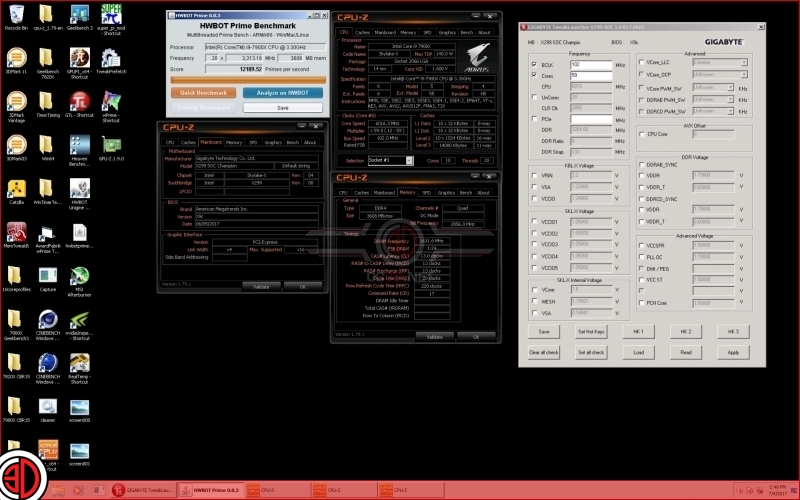 We all miss our morning coffee sometimes.Quote

. Now waiting on products that can do that with water cooling...

WYP
Quote:
The typo has been fixed, thank you for pointing this error out to us.Quote

SpenReyn
Considering they're the only one putting out a ten core part currently. Very pointless to even bother reporting this.Quote

Avet
Quote:
Your first post and you are so negative.

This actually gives a lot of information to anyone who wants to buy. Comparing it to previous generation of CPUs you can know how much better or worse this one is.Quote
Reply