Intel's next-generation flagship promises to impress, reportedly delivering users higher core clock speeds than its predecessor and a significant increase in the number of CPU cores that are available. These changes deliver users more single-threaded and multi-threaded performance, both of which are welcome changes for all kinds of PC workloads. 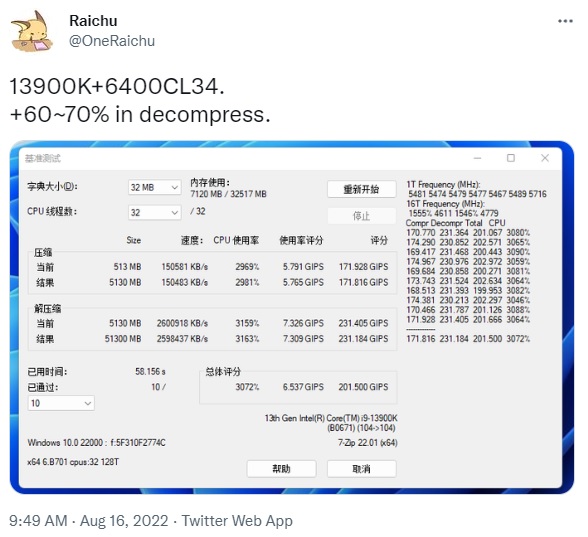 With multi-threaded performance gains like this, Intel's 13th Generation Raptor Lake processors should give AMD a lot to be concerned about. It looks like AMD's Ryzen 7000 series will max out with a 16-core processor, potentially allowing Raptor Lake to have superior multi-threaded performance thanks to the i9-13900K's huge E-core count. That said, it remains unknown how performant AMD's Zen 4 CPU cores are in real-world workloads, or how well AMD's latest "all-P-Core" CPU design will compare with Intel's next-generation hybrid processors.

You can join the discussion on Intel's Leaked Raptor Lake benchmarks on the OC3D Forums.