Intel's Raptor Lake CPUs deliver notable performance gains in games over their predecessors - but is it enough?

Over on bilibili, a creator called ExtremePlayer has released a gaming review of Intel's upcoming Raptor Lake i5-13600K and i5-13700K processors, two of Intel's most highly anticipated 13th generation CPUs.

With higher core clock speeds, larger caches, and beefed up E-core counts, early benchmarks of Intel's Raptor Lake series processors have impressed early users, especially within multi-threaded focused productivity applications. That said, a larger proportion of PC builders only care about one thing, gaming. Does Raptor Lake give gamers a strong enough performance uplift to be worth considering?

ExtremePlayer's results, as re-graphed (for additional clarity) by @Harukaze5719 on Twitter, showcases strong performance gains at 1080p with Intel's i5-13600K over their existing Alder Lake i5-12600K. When using an RTX 3090 Ti Gaming TRIO X from MSI, Intel's i5-13600K delivered a 9.93% average increase in average framerate over 11 gaming tests. Minimum framerates were said to have increased by 11.1%, which is an impressive result.

At 1440p and 4K, the average framerates produced using Intel's i5-13600K were marginally higher, though minimum framerates continued to see a 10-11% performance boost. This is a big deal for gamers, as these performance gains can smooth out performance dips when they arise, resulting in a smoother gaming experience. The results below showcase an i5-12600K against an i5-13600K when DDR4 memory is used. 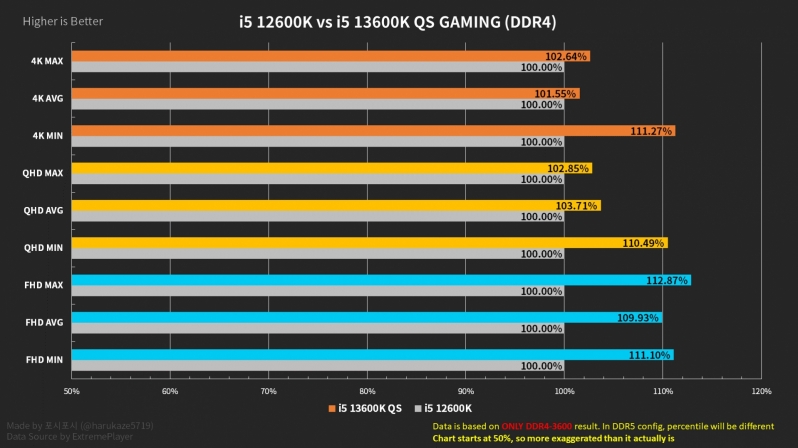 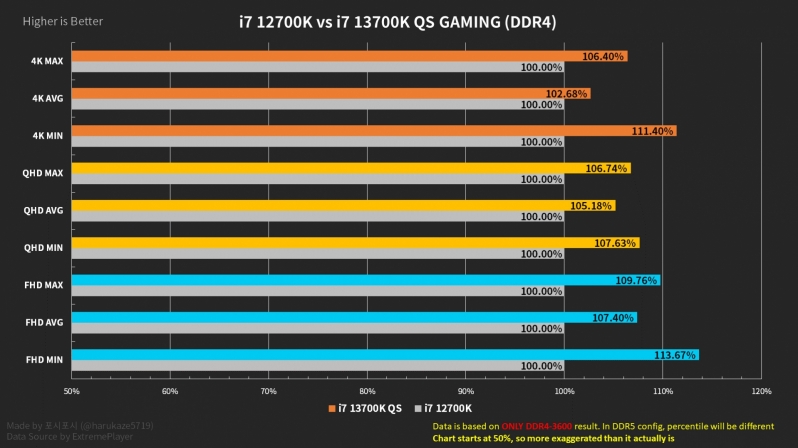 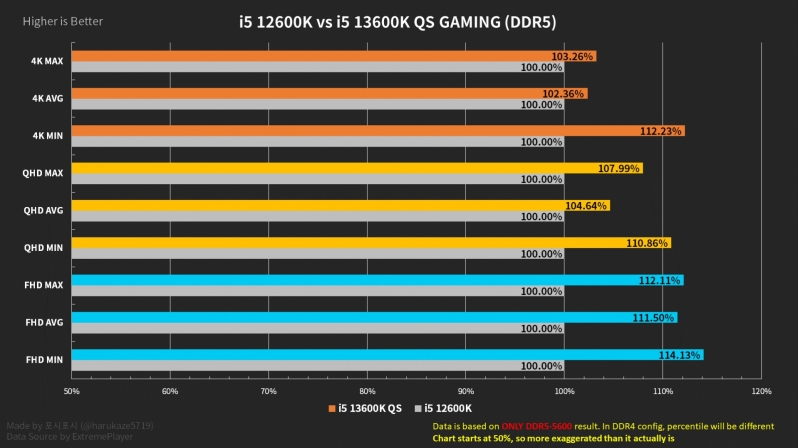 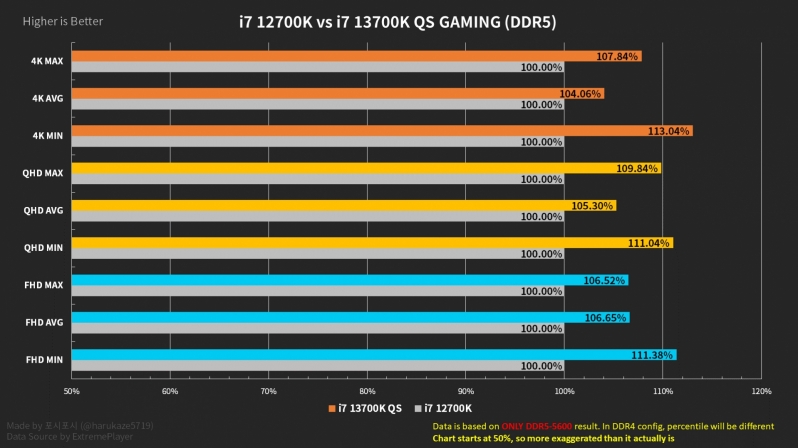 With Raptor Lake, gamers can expect a notable boost in gaming performance. That said, these gains are not game-changing. Even so, Intel's Alder Lake series processors already deliver incredible levels of gaming performance in many cases, and gain above that are always welcome. It will be interesting to see how these CPUs stack up against AMD's Zen 4 Ryzen 7000 series processors.

You can join the discussion on Intel's Raptor Lake i5 and i9 Gaming benchmarks on the OC3D Forums.

AngryGoldfish
11% is not huge, but at least it's not 1-3% like we used to see. And the multithreaded scores should be higher than that. The 13600K should hopefully be an epic CPU. And hopefully it means the 7000 series from AMD will be priced more competitively than Zen 3.Quote

Dawelio
Quote:
Yeah it all looks very epyc on the horyzen for our industry this year