PC builders are currently waiting for Intel's 10th Generation Comet Lake-S processors, the company's latest series of mainstream desktop processors. While Intel hasn't revealed this series of processors officially, a long series of leaks have all but confirmed that Comet Lake-S would offer consumers up to 10 cores and 20 threads on the company's new LGA1200 socket, which isn't necessarily good news for customers.

AMD's Ryzen 3000 series of Zen 2 powered desktop processors doubled AM4's maximum core counts from eight to sixteen, a feat which was only possible thanks to the efficiency gains offered by AMD's new Zen 2 architecture and TSMC's 7nm fabrication technology. Even then, AMD's rise in core count came with an increase in maximum power consumption, but most overclocking-ready AM4 motherboards could handle the additional strain. These factors don't apply to Intel's Comet Lake-S series.

With Comet Lake, Intel's using the same 14nm process as its older Coffee Lake-S and Coffee Lake-R (Refresh) processors. Yes, Intel will call this a refined 14nm+ series node, but at this point, there are no more gains to be had on 14nm. Additionally, Intel will be using the same core architecture as before, which has been the case since the release of Skylake in 2015. These factors mean that Intel is increasing its core counts with no accompanying architectural changes or process tech advantages. When there are no efficiency gains to make, Intel's increased core counts have to come with an increase in power consumption.

Increased power consumption means heightened heat production, something which will make Comet Lake-S series processors run hotter than their last-generation counterparts. This will force higher strain on CPU coolers and larger loads on compatible motherboards. This means that motherboard makers will need to invest in more capable VRM setups, larger VRM heatsinks and that end-users will need to invest in larger, more capable cooling solutions. That said, these insane cooling requirements only apply to Intel's highest-end Comet Lake-S processors.

Intel is in a tough place. They have to compete with AMD, which means that they need to release desktop CPUs with more cores and higher levels of single-threaded performance. With a lack of architectural changes and node transitions in the desktop market, this will come at the cost of larger pieces of silicon and increased levels of power consumption. These factors will make AMD CPUs seem cooler running and more efficient.

Leaks of Intel's i9-10900F processor suggests that the CPU will feature a PL1 rating of 170W and a PL2 rating o 224W, highlighting the power that the processor can draw while accessing its highest performance levels. These values could be even higher with Intel's flagship i9-10900K processor, a factor which will likely make liquid cooling a necessity. 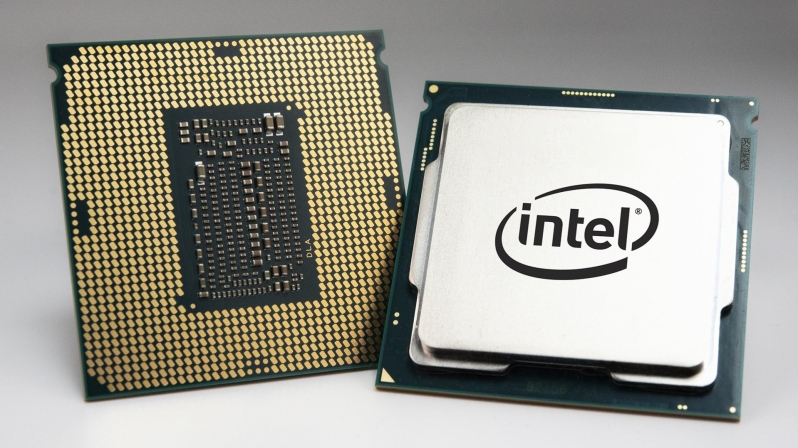 We will reserve our opinions on Intel's Comet Lake-S series processors until we have had time to review them. That said, Comet Lake is likely to be the same story as Intel's previous launched. Will this be Coffee Lake-R with two more cores bolted on?

You can join the discussion on Intel's Comet Lake-S series processors on the OC3D Forums.

Dark NighT
I don't see this being really succesfull at this rate, sure people will buy these, especially the nonsensical uber fanboy of intel that demands the extra 5% in framerate over amd, but other then that it isn't exciting, new or even cool anymore and will probably flop hard on it's face.Quote

g0ggles1994
Quote:
Problem is that these type are the loudest and most common on the internet and will bash AMD at any opportunity. "Everyone, I need help building my first pc-" "Intel! Never buy AMD!" and so on. It sucks big time but AMD's resurgence is turning the tide.

Full disclosure, seems to me that the most experienced PC enthusiasts are the ones being level headed in all this while all the showboating "enthusiasts" scream Intel at every turn.Quote

WYP
Quote:
It will take time for AMD to gain mindshare amongst the more general public. AMD Laptops are now selling pretty well, even for the non-Zen 2 stuff and the company is now getting better known again.

TBH, AMD just needs to get past the pre-2017 mindset that AMD's products are inferior to what Intel offers.Quote

g0ggles1994
Quote:
Which is all true, problem is that the aforementioned people will never let it slide. To them having Intel CPUs is a kind of elitism compared to anyone who buys AMD, even if -theoretically- AMD trumps Intel in every single aspect. Same way a lot of people who get iPhones "look down" on anyone who buys any Android device.Quote
Reply