Intel's CEO is confident that the company can take on AMD's Ryzen CPUs, stating that their Kaby Lake CPUs are highly competitive and that they have plans to release 10nm Cannonlake CPUs in early 2018.
When asked during their Q4 2016 earnings call, Intel's CEO Brian M. Krzanich, who gave the following response after they were asked about their "primary x86 competitor" and their "new architecture", obviously referencing AMD's upcoming Ryzen CPU lineup.

Sure. I would tell you that we always look at this environment and say there’s going to be a competitive risk in the environment. And we’re always focused on really, our own product roadmap and making sure that we have the highest performance product. So, when we look at 2017, we still believe that our product roadmap is truly the best ever it’s been.

And as we look at the Kaby Lake and as it really ramps up through 2017, or it came out really just at the end of 2016 and now will ramp with many more SKUs and higher-performance products as we go into 2017. And then we showed at CES the first working 10-nanometer Cannonlake product, which we’re still planning to ship by the end of this year and really ramp into 2018. We still believe that our roadmap and our leadership will continue to give us the performance the customers want and desire. And so that didn’t necessarily factor into that more cautious forecast. That forecast was really much more a function of where we think the PC market really is overall.

Right now, Intel is rumoured to releases their 6-core "Coffee Lake" CPUs in Q2 2018 for their mainstream desktop range on their existing 14nm process. This new processor should come after Intel's upcoming Kaby Lake processors and will arrive shortly after their 10nm Cannon Lake silicon, which are designed to offer low power draw for small form factor and mobile computing applications.

The most noteworthy thing about Coffee late is that this is the first time that Intel has increased the CPU core count on their mainstream sockets since their Core 2 Extreme, marking a big change for the company if these leaks are true.  Intel has not officially confirmed Coffee Lake's existence, though it has been listed on several leaked roadmaps. 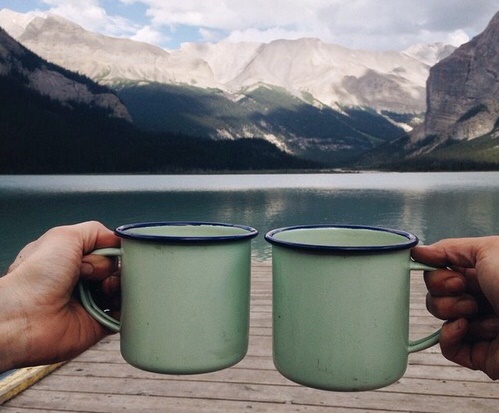 One main counter to Intel's "Kaby Lake is competitive" argument is that Kaby lake does not offer core counts that are higher than 4core/8 threads, with Ryzen offering up to total 8 CPU cores and 16 CPU threads. Kaby Lake cannot be expected to compete with Ryzen on the Ultra-high-end, though that is exactly where Intel's X99 and upcoming X299/Skylake X CPUs and motherboards will come into play.

Where Ryzen's strength will lie is not in the CPU's pure core performance, but in the CPU's value proposition, making it likely that Intel will implement price reduction on their current CPU lineup in response to Ryzen.  This will depend on how AMD priced Ryzen, though many are expecting their flagship 8-core 16-thread model to cost $500, which is half the cost of Intel's nearest equivalent.

You can join the discussion on Intel's confidence in the face of Ryzen on the OC3D Forums.

RobM
A deluded CEO thinking high prices and abuse of customers is being competitive.Quote

Shingara
well what else is he gonna say "were doomed, doomed, all doomed" :PQuote

BigDaddyKong
The problem with AMD is they shoot themselves in the foot because there is always a catch.

All that advertising for a great technology, and their partner does not put the right pieces in the box to use that technology. With partners doing silly stuff like this, it does nothing to help the AMD/Radeon brand.

I'm worried with all these new boards coming out, we will see some silly little caveat that will slow then down from reaching their full potential.Quote

Thelosouvlakia
Quote:
What?! AMD had no control over the packaging of the monitors you can't force other companies to iclude a dp cable, they are expensive. Also if I can recall correctly it wasn't AMD who gimped their gpus and sold them giving the people false information. FX 8320e 8370e 8370 chip releases AMD said that "look it's still the old vishera architecture but we did some small tweaks" CPU overclocking? The FX lineup was overclockable with the 990FX platform, most motherboards are capable of that, then some manufacturers started putting overclockability on the 370 chipset which resulted in explosive results, not AMDs fault either. The only thing that AMD had been doing wrong is the marketing... Cringeworthy most of the times and with those wrong scale graphs...Quote
Reply