Has Intel scrapped Z390 as we knew it?

The idea behind Intel's Z390 chipset is simple, shrink the chipset to 14nm and integrate new features like USB 3.1 support and Intel Wireless AC support, eliminating the need for 3rd party chipset to enable the same feature set.

When compared to Z370 Intel's Z390 chipset will offer the same benefits as their other 14nm 300-series chipsets (H370, B360 and H310), such as decreased power draw and the aforementioned USB 3.1 Gen 2 and Intel Wireless AC integration. Z370 is basically a reworked Z270 chipset, built on 22nm with the same LGA 1151 socket with a few pinout tweaks and design changes. This rushed launch was why Z370 launched without lower-end 300-series counterparts, as Intel's newer 14nm chipsets were not quite ready for primetime yet.

Rumour has it that Intel is scrapping Z390, instead replacing it with a refreshed Z370 chipset while using 3rd party controllers to offer the same features as their original Z390 chipset. This move is strange given the Intel's reveal of their Z390 chipset last month, which presented a full block diagram of the chipset and its capabilities, which can be seen below. 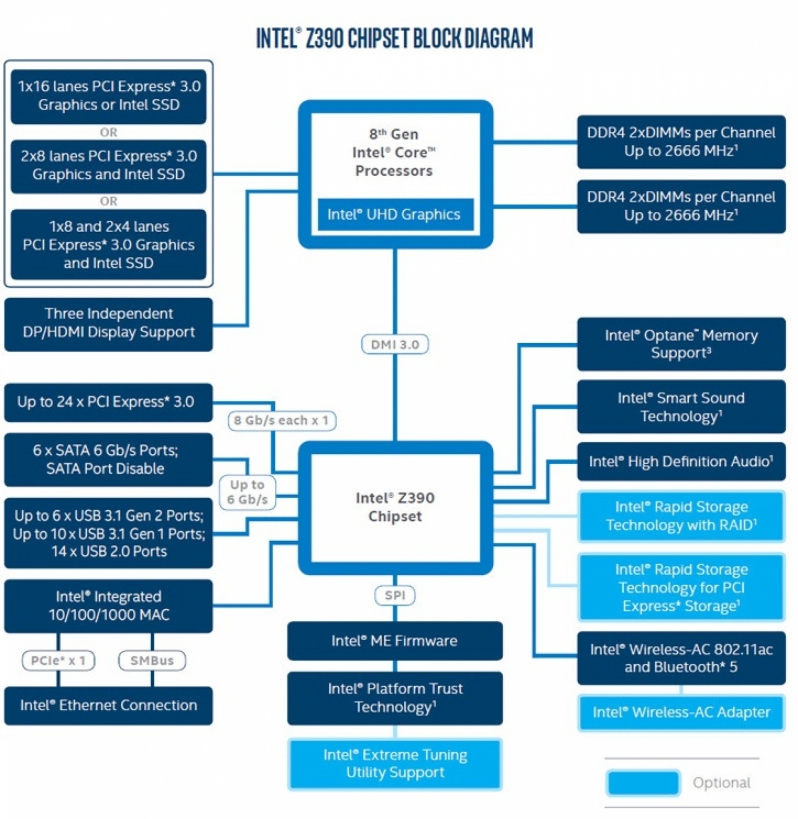 (Intel's Z370 chipset)
It has been reported over the past few months that Intel has been having issues creating their new 14nm 300-series chipsets, with some claiming that the company is hitting peak capacity for their 14nm process node, limiting their production capabilities.

After Intel moves to a new process node, the company typically makes up for the reduced demand for their older process technologies by these process nodes to create their next-generation motherboard chipsets. These circuits are not as heavily loaded, power heavy or as critical as Intel's standard processors, creating little need for Intel to use their leading-edge process technology on their motherboard chipsets.

So why is Intel's newest 300-series chipsets on 14nm? Well, the simple answer is that 10nm has been delayed time and time again. Intel didn't expect to be using 14nm to create their desktop processors in mid-late 2018, which now means that Intel has to chare their 14nm capacity between motherboard chipset and their entire processor lineup.  If Intel is indeed having 14nm capacity issues, removing Z390 from their future chipset lineup seems like a logical cut to make. 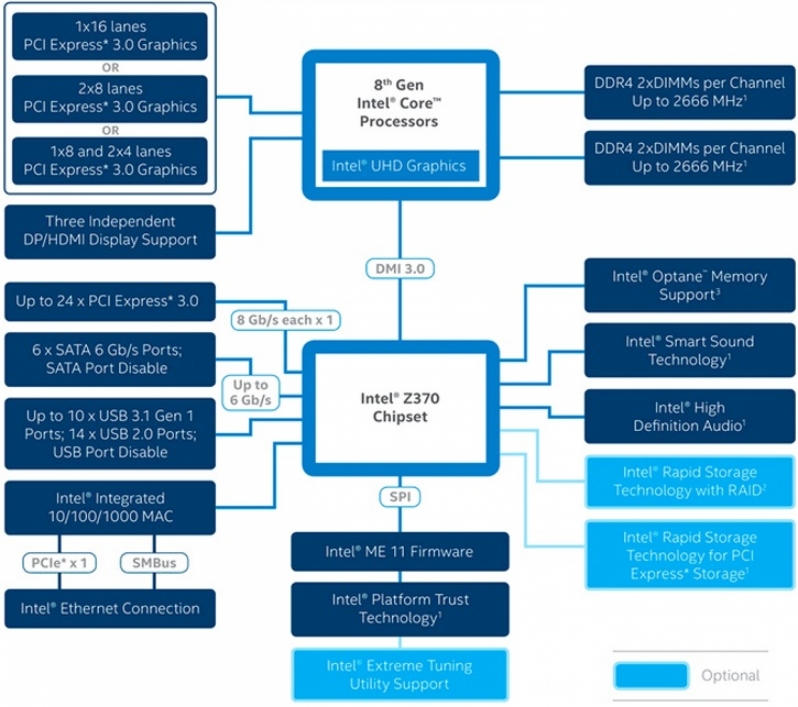 The downsides of using a refreshed 22nm Z370 chipset as a Z390 are as follows, the chipset itself will consume more power and motherboard manufacturers will have to rely on 3rd party chipsets to offer Z390's original feature set. Right now it looks like Intel's over-reliance on 14nm is starting to harm the company's manufacturing capabilities.

You can join the discussion on Intel's reported scrapping of their bespoke Z390 chipset and its replacement with a Z370 rebrand on the OC3D Forums.