A 26% boost in single-threaded performance in Cinebench?

Intel's focus has shifted to Alder Lake, the company's 12th Generation CPU design that's architected to deliver "a significant breakthrough in x86 architecture". Later this year, Alder Lake will launch, and with it, Intel plans to reassert itself within the x86 CPU market, hoping to recapture a lot of the momentum that the company has lost to AMD in recent years.

According to the latest leaked results from @OneRaichu on Twitter, Qualification Samples (QS) of Intel's LGA1700 Alder Lake flagship, the i9-12900K, will be delivering multi-threaded Cinebench R20 scores that are higher than AMD's Ryzen 9 5950X.

With Intel's Alder Lake processors offering users a hybrid x86 design with high-performance and high-efficiency CPU cores, beating AMD's latest 16-core with a hybrid 16-core (8+8 core) x86 processor is an impressive feat. If @OneRauchu's data is correct, Intel has boosted its single-threaded performance by 26% with Alder Lake compared to our own i9-11900K benchmark results (when using Alder Lake's high-performance cores).

A single-threaded performance score of 810 points allows Intel's Alder Lake processor to shoot past AMD's Zen 3 designs. However, Intel's reported victory is not as staggering when looking at their multi-threaded performance. Intel's i9-12900K reportedly achieves more than 11600 points in Cinebench R20, whereas our AMD's Ryzen 9 5950X achieved a score of 9801 at stock and a score of 11226 when Precision Boost Overdrive is enabled.

Whether or not these results are legitimate remains to be seen, but if they are, this is a clear sign that Intel is fighting to get back on top of the PC market. 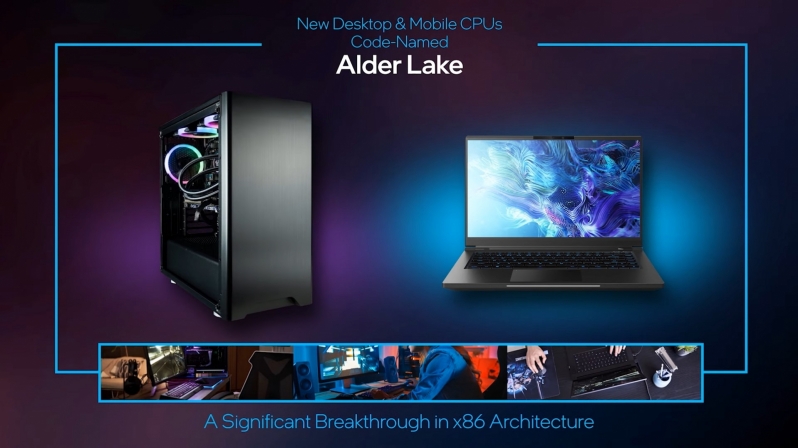 Regardless, AMD has V-Cache enhanced Zen 3 CPUs on the horizon and newer Zen 4 processors on the way. Intel could take a leadership position in the CPU market with Alder Lake, but AMD has new products coming to market that will allow competition to heat up further.

You can join the discussion on Intel's leaked Alder Lake benchmarks on the OC3D Forums. 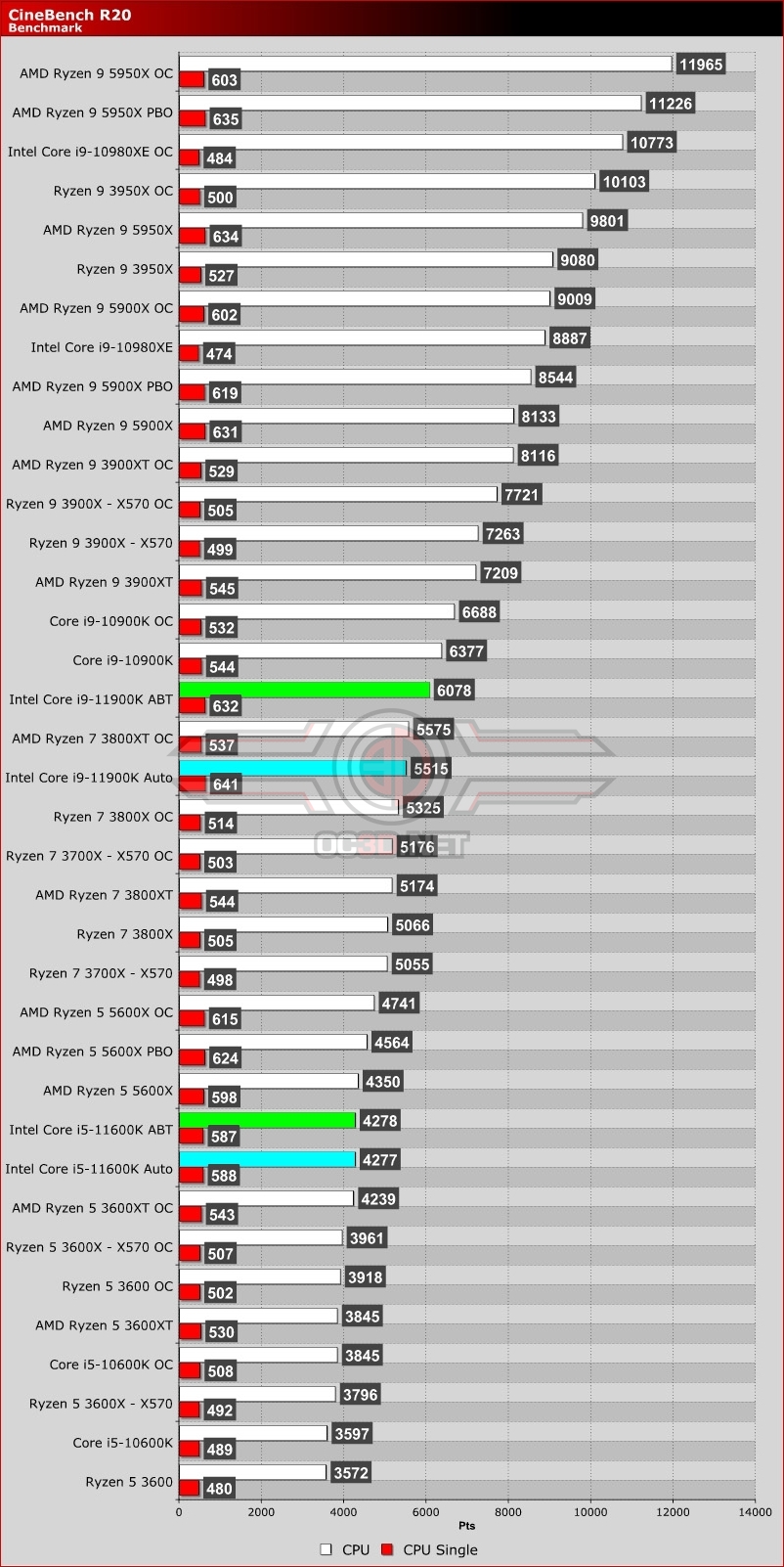