Rocket Lake costs how much?

Thanks to the Belgian 2Compute, via The FPS Review, we have gotten our first look at the pricing of Intel's Rocket Lake CPU lineup, giving us a glimpse at the expected cost of Intel's 11th generation of desktop processors.

Through this pricing leak, it has also been confirmed that Intel's i3 and lower-end 11th Generation core processors will continue to utilise Intel's Comet Lake CPU architecture, making them refreshed designs that lack the single-threaded performance boosts of Intel's Rocket Lake/Cypress Cove CPU cores.

If the pricing below is accurate, Intel's i9-11900K will cost around 8.8% more than its predecessor, the i9-10900K, even though the i9-11900K features 20% fewer cores/threads. While the i9-11900K's enhanced Cypress Cove CPU cores will give the new i9 a single-threaded performance advantage, it will not give the processor a performance lead in all applications.

With Rocket Lake, Intel's i5 and i7 models will offer consumers the best value, with the i7 offering the same core/thread counts as Intel's i9 models at lower clock speeds. The clock speeds difference between these models is unknown, though the clock speed gains of the i9 model will likely be small enough to make the i7 a better value product for most consumers.

i7 and i5 series Rocket Lake CPU models will retain the same core/thread counts as their Comet Lake-based predecessors and benefit from the enhanced IPC of Intel's Rocket Lake/Cypress Cove CPU architecture. This will allow Intel to deliver improved performance across all workloads with their new models, assuming that clock speeds remain the same as before or improve with Intel's 11th generation CPUs. 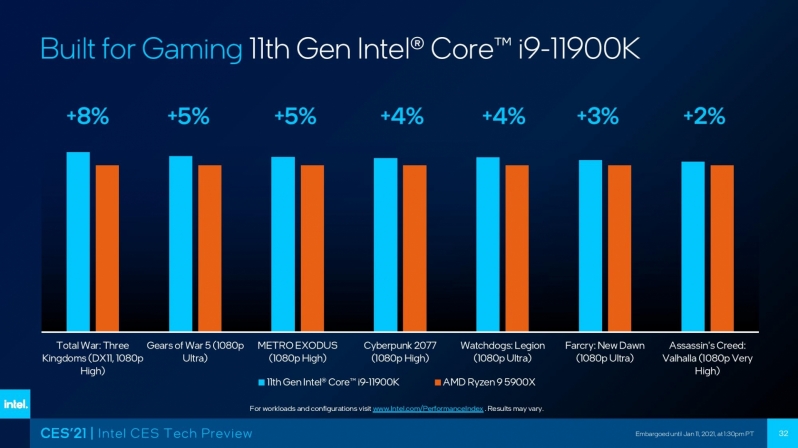 With their 11th Generation of Core desktop processors, Intel is targeting high clock speeds, improved IPC (performance per clock) and plan to deliver more platform features to consumers. In this regard, Rocket Lake is a strong offering from Intel, but it comes at the cost, with Intel shipping CPUs with fewer cores in their i9 range and core/thread counts that are significantly lower than AMD's Ryzen 3000 and Ryzen 5000 series'.

Intel is targeting gamers with their 11th generation core processors, though Intel's own benchmarks have shown that Intel only has a slim advantage over AMD when it comes to game performance. A 2-8% advantage in games is meaningless if Intel doesn't sell their processors at a competitive price. 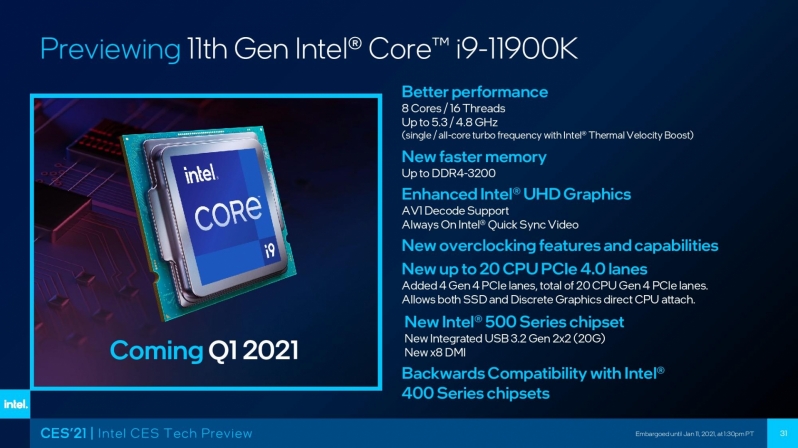 You can join the discussion on Intel's Rocket Lake CPU pricing leaks on the OC3D Forums.

AngryGoldfish
Man, some of those prices are terrible. AMD will have no reason to drop their prices. But maybe Intel's F CPUs will be very competitive. The 11600 for €250 is €50 cheaper than 5600X and the 11700F is competitively priced against the 5800X.Quote

AngryGoldfish
Quote:
Or they can't sell them for less without bleeding money? I know it's 14nm, but maybe.Quote

Dawelio
Quote:
For a company, who's net worth is $240 billion and one of the biggest tech companies on the world, I don't think they could care less to be honest.Quote

looz
Quote:
So you reckon they're OK with selling at a loss?